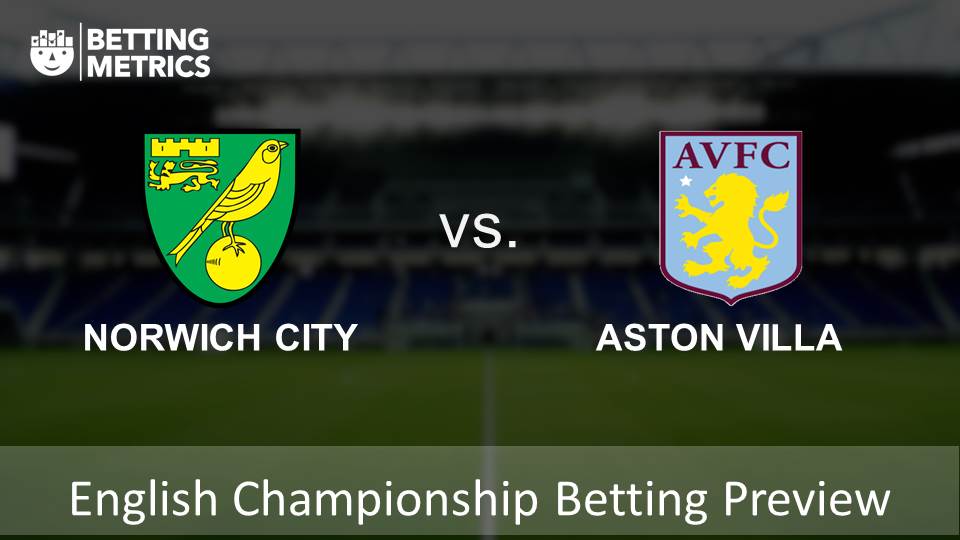 Both of these come into an intriguing match at Carrow Road off the back of excellent wins at the weekend, so we should be in for a decent game in what is the featured televised Championship game on Tuesday night.

Norwich’s win at Nottingham Forest was made all the more impressive by passages of excellent flowing football, as well as the grit to come from behind thanks to a huge threat from set pieces.

That threat comes largely in the form of big German defender Timm Klose, who has scored three goals in as many games with goals from corner kicks. Those goals came against Forest and Derby, and if you fancy him to do the business against another Midlands club then get on Klose at a huge 11/1 with William Hill to bag anytime.

New Villa manager Dean Smith got off to a flyer with a hard-fought 1-0 win over Swansea City at Villa Park on Saturday, and Tuesday night’s game in front of the cameras is a chance to see what his side are really made of. Villa are the only side in the Championship to have scored in every league game this season. They’ve also scored first in each of their last three games, so look like good value at 6/5 with Ladbrokes to be the first team to score here.

If you want to be a bit more specific in your first goal scorer predictions then you won’t be far wrong by backing Villa front man Tammy Abraham. The Chelsea loanee has scored first in back-to-back league games, and has scored anytime in each of his last three outings. Abraham is 6/1 with BetVictor to score first in Norfolk on Tuesday night.

While Villa know where the back of the net is, unfortunately they’re also way too familiar with the back of their own goal. Just two clean sheets all season is pretty dismal reading for a side with the aspirations Villa have. Throw a confident Norwich outfit into the mix and we should be in for plenty of goals. Both teams scoring is a certainty at a very decent 4/5 with Ladbrokes, but something even more lucrative is a flutter on over 3.5 match goals at a delectable 11/4 with William Hill.

Janne has over 10 years of experience with sports betting, espe