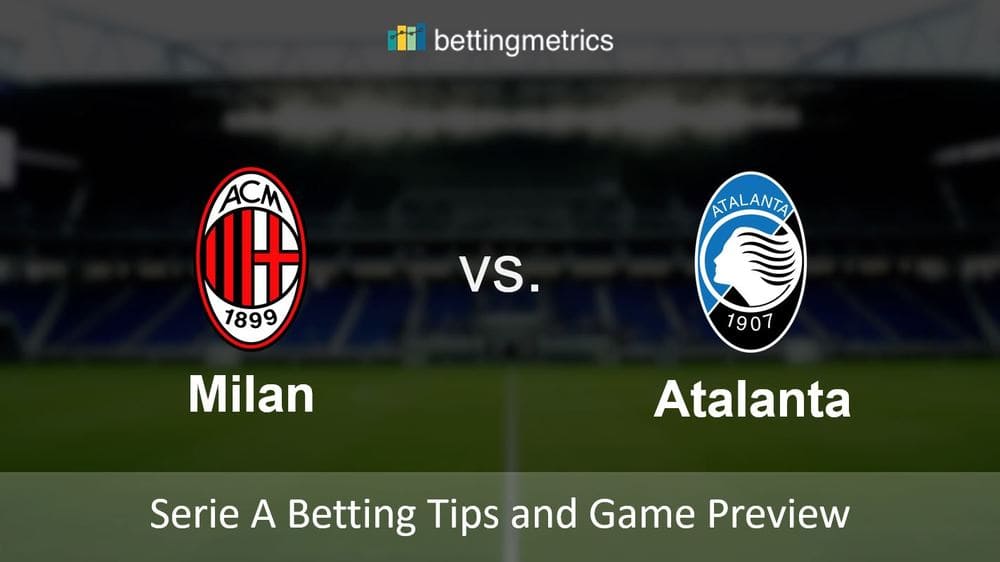 The 36th round of Italian Serie A begins on Friday night with the game between Milan and Atalanta. At Giuseppe Meazza Stadium Milan's coach Pioli will face "super" Atalanta of Gian Piero Gasperini. The Devil's ultimate aim is to reach the 5th place, which will guarantee a place in the next season of Europa League. In front of Atalanta are only records to be broken, and they seem like a team ready to enter in history.

Milan continued its effective form and gained victory on Wednesday night against the well-playing team of Sassuolo by 1-2. Ibrahimovic scored the goals, which climbed up the Rossoneri into 5th place, and now their destiny is in their hands. Undoubtedly the transfer of Ibrahimovic was one of the best steps made by Pioli in the last transfer window as Ibra is the main engine of the team during the campaign.

Other notable news from the locker room arrived immediately after the final whistle of the game against Sassuolo namely the new contract for Stefano Pioli. For sure this will bring calmness in Milan squad, and they will be fully focused in their game against Atalanta.

Atalanta comes to Milan after another victory this time against Bologna. With this result, they made their excellent series more impressive which is now counting 18 undefeated games in a row between Serie A and Champions League. One more record is down - “most goals scored in a season”, held till Tuesday from Napoli with their 94 goals, scored in 2016-2017 season.

Atalanta now is second in this ranking and only Milan's record, which is 70 years old, is in front of them. It looks impossible for Atalanta to break it cause Rossoneri have scored the amazing 118 goals in one season back in the days. Even though Atalanta scores a lot of goals in every match, we can hardly believe that they can score 23 in 3 games.

For sure we should take a look at the fact that Atalanta is still in the Champions League race which resumes on 7th August, so we think that Gasperini can use the last 3 rounds in Italian Serie A to try new tactics and rotate his squad.

Atalanta and Milan are teams which are showing amazing attacking force, and their games are full of goals and a lot of opportunities in front of the net. That’s why we think that we can expect more than 1.5 goals scored in the first half, a market that comes with great betting odds

Betting Tips By bettingmetrics over 1.5 goals 1st Half at odds of 2.10

18 winners out of 32 predicted games

Milan won a crucial victory against Sassuolo 2-1 at the Mapei Stadium. Ibra scored two times, after the great assists by Calhanoglu.

Theo and Bennacer received yellow cards during the game, which mean that they will both miss the game against Atalanta. Conti and Romagnoli are injured, and both are in doubt for the match as well.

Before the final whistle, news arrived that Ralf Rangnick is not taking over Milan and the team agreed on a new contract with Pioli. His good work since the restart deserves admirations. Pioli has his contract extended until June 2022.

Gian Piero Gasperini claims that Atalanta is "always honest and should not have been sent" after the 1-0 victory against Bologna.

Luis Muriel came down from the bench to score points for La Dea, but the confrontation between Sinisa Mihajlovic and Gasperini attracted attention during the post-match press conference. "Let's move on now, let's talk about the match and Atalanta," Gasperini told reporters. "It was a difficult match. We are always honest, and I should not have been sent. "

Gasperini pointed out the quality he has in the Bergamaschi team, while they overtook Inter in second place.

Only one missing in Gassperini's team is Josip Ilicic who is recovering from a muscle injury.

The next game for Milan will be away against Sampdoria on 29th July. Meanwhile, Atalanta will travel to Parma to face them on 28th July.