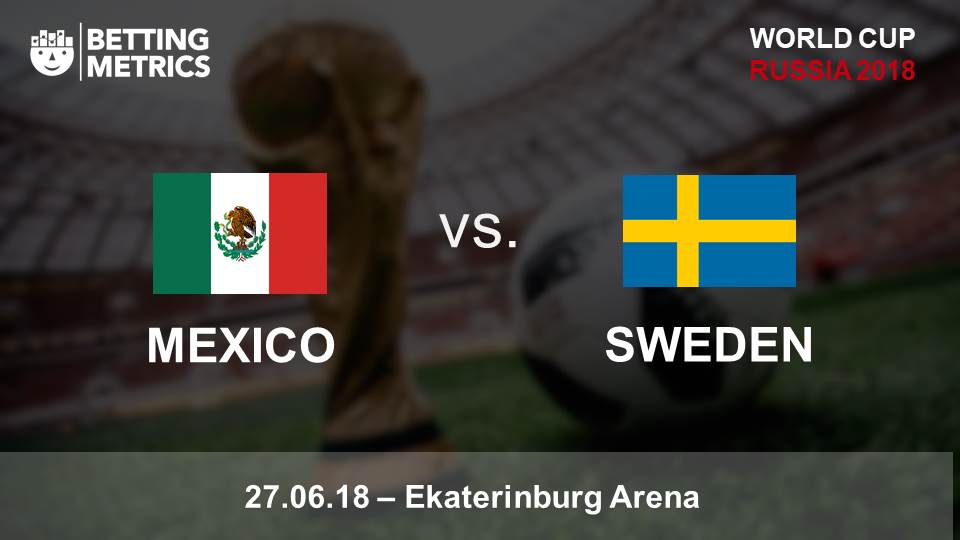 Germany’s heroics against Sweden at the weekend mean that Mexico aren’t quite assured of qualification for the knockout phase of the World Cup.

A draw against Sweden will do the trick, but with the Swedes fighting desperately to stay in the tournament themselves, we will be in for a very tense affair.

The first half to be a goalless one looks like a great price at 13/8 with Betfair. Sweden are ones for keeping games tight, and I can’t see the clash in Yekaterinburg being any different, despite the circumstances. The Swedes will certainly be probing at a Mexico side that will be happy to sit on a point, but whether they have the cutting edge to make the breakthrough is a different story.

Question marks also remain on the Swedish defensive capabilities against the pacy Mexicans. Mexico have done plenty of damage to both Germany and South Korea on the counter in their opening two World Cup games, and with Sweden knocking on the door in search of goals that will take them through to the Second Round, there should be chances aplenty for the Central Americans. Mexico to score at least twice is 8/5 with Coral.

Those goals are likely to come through PSV Eindhoven winger Hirving Lozano, who has looked extremely dangerous when cutting in from the left, and should have been on the score sheet at least once in his side’s win over South Korea. Lozano should be in line to see plenty of the ball against Sweden, so take a chance on him scoring anytime at 11/5 with William Hill.

Sweden will approach this game on the front foot, but whether they have the quality to breach a tight Mexico defence whilst keeping out rapid counter attacks remains to be seen. Pace isn’t the Swedes’ strong point, and I’ve got a funny feeling they will come unstuck against slightly more wily opponents. I fancy a score draw here that will unfortunately send Sweden home, but at least you will be smiling at odds of 17/5 with Coral.

Can you trust a tipster? Find out more about why a set of betting tips aren’t always as they seem…