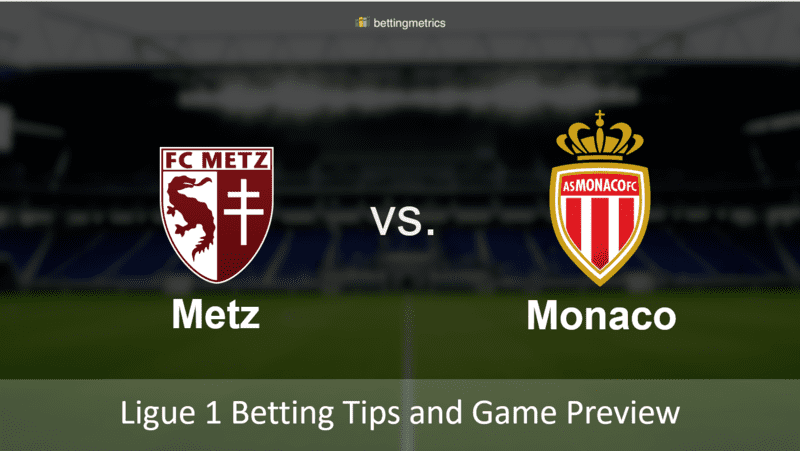 At 15:00 on Sunday 30 August, one of the most exciting matches of the 2nd round of Ligue 1 will take place, Metz against Monaco. All of the bookmakers considered the guests as favourites, but they made a poor start in league with the 2-2 home draw against Reims. Also, they closed last season with two unsatisfied results, a tie with Dijon and a defeat against Nice. Add on this the fact that Metz has won their previous two pre-Covid games: away with Amiens and at home with Nimes, 0-1 and 2-1 respectively.

On the side of the head-to-head, there is also the most recent precedent, and the only one played in the last season. It was in the mid-August, just over a year ago, when Ligue1 started with a surprising 3-0 for Metz at the same stadium. Something which worries the team from the principality is the fact that Metz won even the match before this: it was a national cup match played at St Louis II with a 1-3 final result.

Metz intends to rely heavily on the elements that allowed the club to maintain well itself last year. Only the experienced Cohade is the significant departure from last season. On the other hand, the team bought the midfielder N'Doram, who was on loan during the previous campaign. Metz will also rely on the goalkeeper Caillard (Guingamp), the midfielder Pajot (Angers), the wingers Vagner (Saint-Etienne) and Tchimbembé (ex Troyes) and the striker Ambrose (ex-Manchester City and Lens) to guarantee its main aim - to save its Ligue 1 place for the next season.

Returning to the elite last year, Metz started its 2nd season in a row in Ligue 1. During the previous year, the Garnets took the safe 15th position with a comfortable distance of 11 points ahead of the 19th. This year, they will have no other ambition than to ensure their Ligue 1 place again. Due to the presence of PSG in the Champions League final, Vincent Hognon's men did not play last weekend and therefore will make their entry into the running this Sunday.

Monaco let its soldier Glik leave, who looked to be tired from a while and decided to join Benevento, as well as the loaned Adrien Silva, Bakayoko and Slimani who were essential players last season. Otherwise, Niko Kovac has for the moment guaranteed the arrival of defender Disasi (ex-Reims) and young Dutch winger Musaba (19, ex NEC Nijmegen) but also many loaned players including the world champion Sidibé. Suspended for a long time after an altercation with a referee, the winger Gelson Martins is finally ready to come back. The attack will focus on Ben Yedder, who is a top scorer in the last championship.

Betting Tip by Betting.com BTTS at odds around at 1.80

Next game for Metz will be away against Lille on 13th September.Meanwhile Monaco will play at home against Nantes.