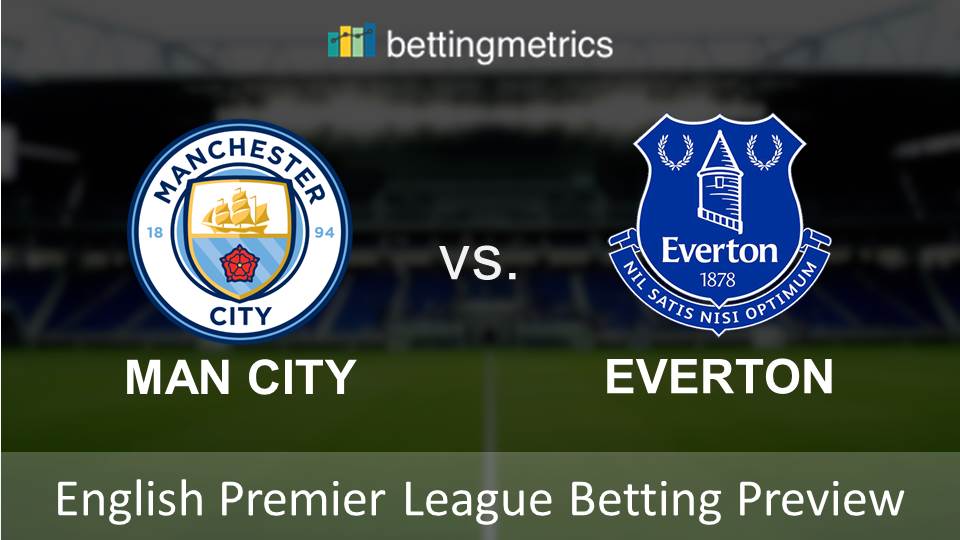 Saturday’s lunchtime game looks like a simple home win on paper, but Manchester City’s exertions to come from behind to beat Hoffenheim in the Champions League on Wednesday may act as something of a leveller ahead of the visit of Everton.

Despite potential City fatigue, they have huge squad depth, so a few walking wounded is no problem for manager Pep Guardiola. Their home form is imperious, and they’ve won their last nine Premier League games at the Etihad. Goals are flying in at a rapid rate, with 33 of them coming in that period. That’s well over three goals per game, so Unibet price of 1.98 for them to hit at least four(over 3.5 goals) this weekend doesn’t look a bad shout goals.

Everton remain one of the worst travellers in the Premier League, and would be just two points above the relegation zone if the table was based solely on away results. The Toffees have also only scored three times in their last five matches away from Goodison Park, and they’re still lacking a top-drawer striker that can do damage against the top teams in the division. With that in mind, a City win and clean sheet double looks like a great price at 2.28 with Unibet – much better than the measly 1.23 on offer for the outright victory on its own.

With Sergio Aguero injured, and Gabriel Jesus struggling for form, the goal-scoring mantle may well be passed to Raheem Sterling for this one. The England man adopted the central striking role in City’s loss at Chelsea last week, and he also scored in both games against Everton last season. Sterling looks an absolute steal at even-money with Unibet to bag a goal anytime on Saturday lunchtime.

This is the first televised game of the weekend, so let’s get on board a same-game accumulator to boost the bank balance ahead of the afternoon’s action. £10 on Raheem Sterling to score at least twice, over 2.5 Man City goals, and an anytime yellow card for Everton’s Idrissa Gueye could be a ticket to some bonus Christmas present funds at odds of 32 with Paddy Power.