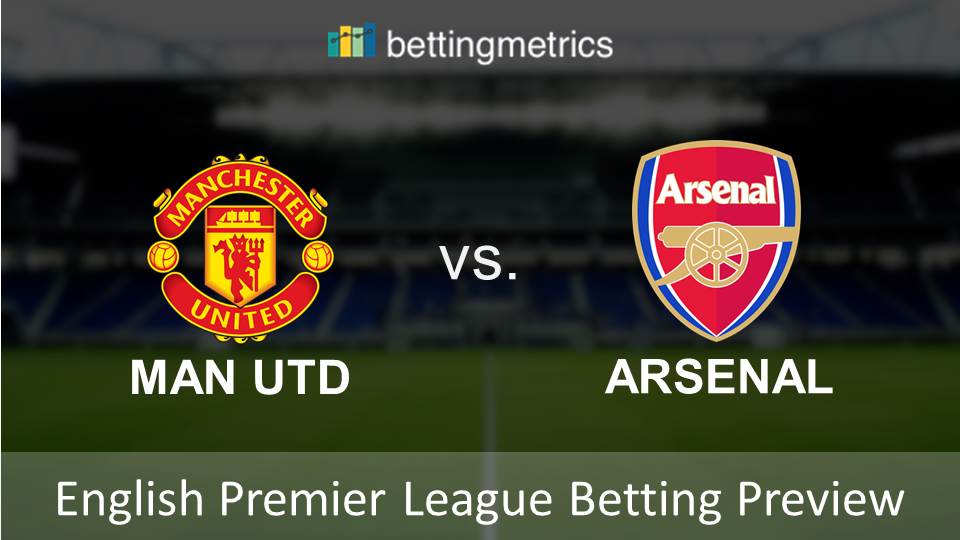 These sides couldn’t be heading in more polar-opposite directions ahead of their meeting on Wednesday night.

Manchester United’s 2-2 draw at Southampton means it’s just one win in four Premier League games for them, and Jose Mourinho faces an injury crisis in defence ahead of visit of a rampant Arsenal side. United may have as many as NINE defenders either injured or suspended for this one, so we could well see a makeshift defence featuring the likes of Nemanja Matic and Scott McTominay.

That should make for delightful reading for the Gunners. Arsenal are now without a defeat in 19 games, and you surely can’t see them coming away from Old Trafford with anything other than another three points. This new-look Arsenal side overran a physical Tottenham Hotspur in a heated North London Derby on Sunday, and their new-found midfield bite will stand them in good stead against a robust United midfield. The away win for Arsenal looks a steal against an injury-ravaged United outfit. Arsenal are a massive 2.95 with Unibet to claim all three points.

That much-needed Gunners midfield presence can largely be put down to the arrival of 22-year-old Uruguayan general Lucas Torreira. The signing from Sampdoria gets about the pitch quickly, and isn’t afraid of a tackle. Torreira has picked up two yellow cards in his last four games in all competitions, and is a generous 2.60 to pick up another in what should be a physical encounter in Manchester.

Arsenal still can’t be relied on to keep a clean sheet, despite their great unbeaten run. Unai Emery’s side have just two clean sheets in their last dozen games, and haven’t kept out any of their opponents in their last seven Premier League outings. Surely over 2.5 goals is a certainty here, at 1.61 with Unibet.

This could well be the final hammer blow to Jose Mourinho’s ill-fated spell at Old Trafford. Emery’s high-energy side are really going places, while this United side lack pace, drive, and ultimately on Wednesday night, fit players. Arsenal have Pierre Emerick Aubameyang bang in form, and after a match-winning performance against Spurs on Sunday, he should be in line for another busy night against United. An Arsenal win with both teams scoring looks like huge value at 4.60 with Unibet.