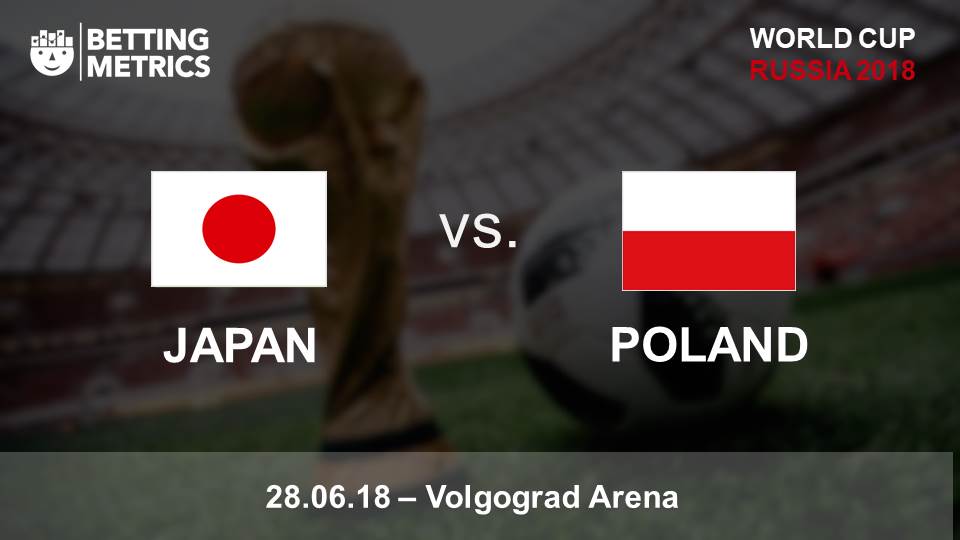 One of the World Cup’s surprise packages takes on one of the tournament’s biggest disappointments in Volgograd on Thursday afternoon.

Japan just need to avoid defeat to Poland to secure qualification for the next round, and it’s difficult to see a sterile Poland side standing in their way. The Japanese have showed nous to get a win over ten-man Colombia in their World Cup opener, whilst displaying grit and character in their draw against Senegal on Sunday.

Japan are as long as 6/4 (William Hill) to get the three points that would secure top spot in the group, but 2/1 for the draw against a Poland side that really need to put on a good show for their fans after barely turning up so far, looks a stronger bet. Robert Lewandowski has been anonymous up front, and he will be keen to combat criticism that he hides away from the big stage.

It could well be a game that Japan approach nervously, letting Poland in for an early goal that springs them into action. Lewandowski is realistically the only man who can get that goal, but I fancy him and his side to strike first, and the Bayern Munich man is 16/5 with Coral to get the first goal in this one.

I can’t see that being the end of the goals, though. Poland have struggled to find consistency in defence, switching between a back three and a back four in their opening two games, and that uncertainty has led to chances being handed on a plate to their opponents. Japan have showed that they can score against high quality opposition, so shouldn’t have too much trouble against a flimsy Poland backline. Both teams scoring is 8/11 with BetVictor.

With Japan having everything to play for and Poland having, well, nothing to get excited about, it’s hard to see past the Japanese getting at least the point they need in order to qualify for the Second Round. The double result of Poland to be leading at half-time but for Japan to sneak a draw by full-time is right up my street, and is a huge price at 16/1 with William Hill – well worth chucking a few quid at for a bit of interest.

We all know that studying form is a key part of football betting, but what specifics should we be taking a closer look at? The Betting Knowledge blog explains all…