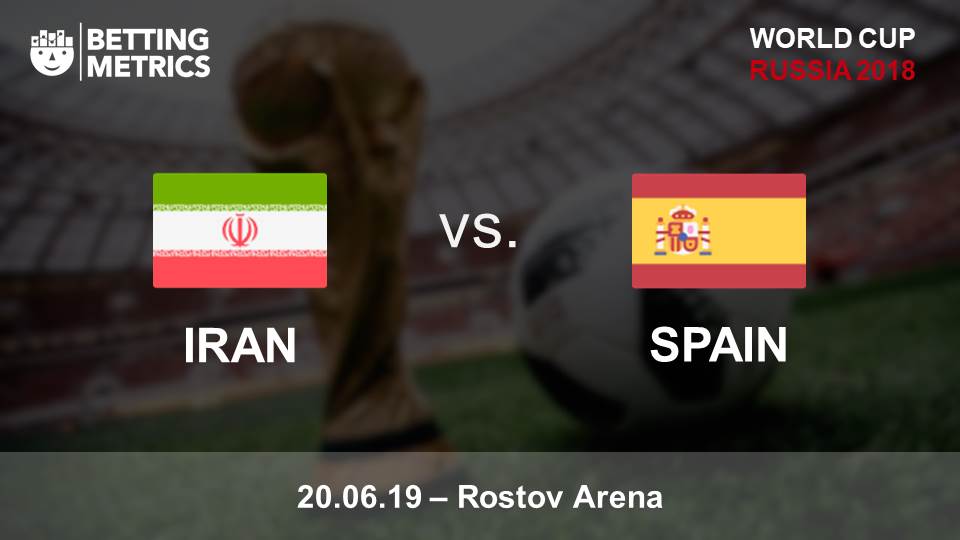 I didn’t expect to be saying this, but Spain have work to do to claw back a two-point deficit against Group B table-topping Iran in Kazan on Wednesday.

Despite dropping points against Portugal in their opener, the Spanish looked in imperious form. Real Madrid midfielder Isco was sublime, and he is surely at the top of many people’s list as an anytime scorer in a game where he should see even more of the ball than he did last week. An Isco goal pays 5/4 with William Hill.

It took an own-goal from a set piece for Iran to seal victory in their opening game against Morocco on Friday, and set plays could be their best chance of scoring in this one too. With Manchester United goalkeeper David de Gea making an awful mistake for Spain in the previous game then a goal for the Iranians isn’t out of the question, so why not take a chance on both teams scoring at 12/5. Better yet, go for the Spain win and BTS double at 29/10 with Hills.

Those kind of bets are some of the only wagers that represent both value and a somewhat realistic chance of coming in. The Spain win on its own is as low as 1/7 so I suggest giving that a wide berth, but a spot of spread betting might be the best course of action, and a good bit of fun too.

£10 each on Spain 3-0 (24/5), 4-0 (8/1) and 5-0 (16/1) is a solid spread that is sure to give you some return on investment, with potential for big winnings if Spain hand out a thrashing. The chances of an Iranian goal are relatively slim, and Spain need a convincing win to put themselves in the driving seat to win Group B.

The handicap betting market also has a couple of gems, and if Spain make a quick start, then 5/2 for them to win the first half despite 1-0 hypothetical deficit has a big chance.

One more interesting bet can be found all tucked away in the Ladbrokes #GetAPrice section. The 12/5 bet for Spain to win both halves, score over 2.5 goals in the match and keep a clean sheet (De Gea permitting) looks pretty watertight to me.

Data is dynamite in the sports betting game, and is one of five reasons why you need to start tracking your bets. Find out the other four in our Betting Knowledgte blog…