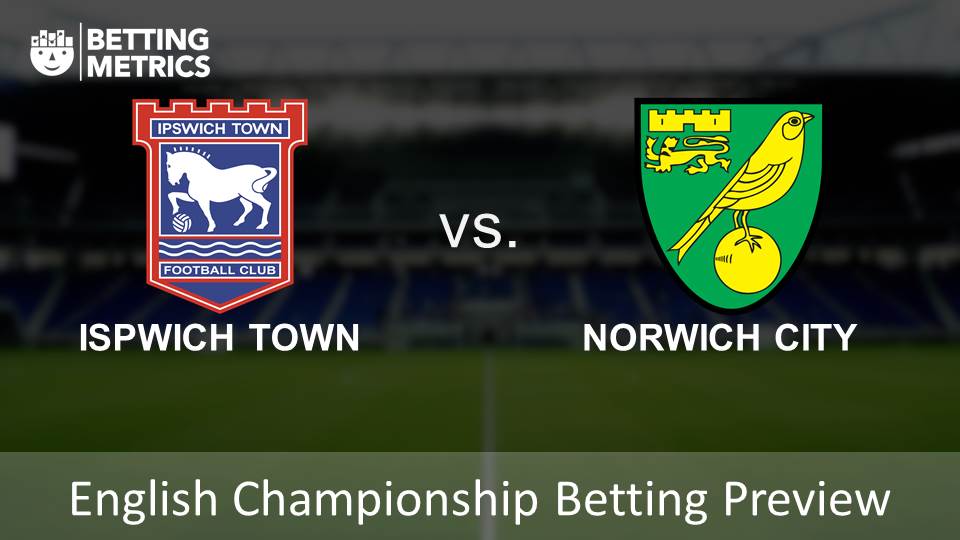 There may be an Old Firm Derby up in Glasgow this weekend, but the fun and games are really down in Suffolk for the Old Farm Derby between Ipswich and Norwich.

However, the fixture has been no fun at all for the Tractor Boys over the last few years, with Ipswich failing to beat their East Anglian rivals in nearly eight years.

In fact, this match hasn’t really been much fun for the neutrals either. This one isn’t known for its goals, with the last eight meetings averaging way less than 2.5 goals per game. With that in mind, I’m backing this typically cagey game to be just as tight this time around, with under 2.5 goals at even-money with Betfair.

The side more likely to find the back of the net has to be The Canaries, who boast strikers that are more than capable of making their mark on a game of this magnitude. One of those is Jordan Rhodes, a player of undoubted Championship quality, but his seven goals for Sheffield Wednesday last season was way below par. Rhodes started his professional footballing life at Portman Road, so is just the ticket for a returning villain role here. The Norwich front man is 22/1 (Coral) to score the only goal in a Norwich 1-0 victory.

Another snippet of form for this fixture will come in handy if you’re so inclined to bet on the half-time markets. The last six meetings between this pair have gone into the half-time break all square, so you probably have pretty solid grounds to expect the same again at evens with Ladbrokes.

Both sides go into this game in pretty wretched form, and with both of them desperate to avoid what would be a catastrophic defeat that would fester over the two-week international break, I reckon a draw is the nailed on result at Portman Road. Three of the last four East Anglian Derbies have ended all square, and I wouldn’t be at all surprised to see this one fall victim to a 0-0 bore draw at 8/1 with Paddy Power.