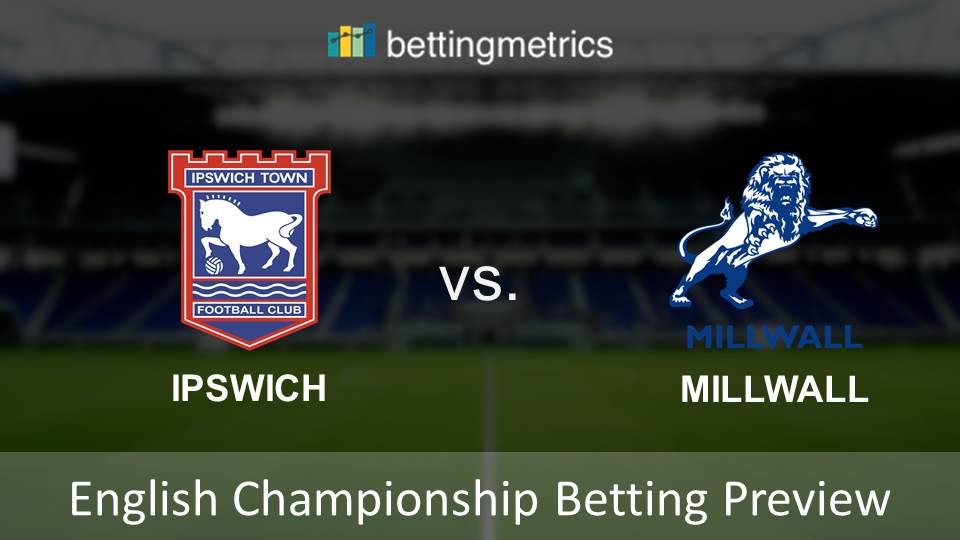 It’s a huge game at Portman Road on Tuesday afternoon, and Paul Lambert’s New Year’s resolution as Ipswich manager will be to collect more points on home soil than in 2018.

The Tractor Boys have the worst home record in the Championship, winning just once in Suffolk all season, but in Millwall they welcome the side with the worst away record in the division.

The Lions are hardly roaring on their travels, having not won at all on the road this season. Ipswich are finally starting to build some sort of form at home, having followed up their first win of the season at Portman Road against Wigan with a very respectable draw against Sheffield United last time out. Away form continues to be an issue, but I fancy them to find some home comforts on Tuesday afternoon.

The Ipswich home win looks very generously priced at a huge 9/4 with Ladbrokes, and it’s going straight into my Championship treble. Millwall may have won their last two games, but that means that Ipswich now need this victory more than their visitors.

A problem that has followed these two sides all season is a disastrous defensive record. This game sees two of the division’s three worst defences meet at Portman Road, and we’re sure to see plenty of chances for either side. It’s sure to be a pretty frenetic game with so much riding on it, and I can see this one becoming stretched fairly quickly. Over 3.5 goals looks like a good value bet at 3/1 with Paddy Power.

Freddie Sears looks like the only Ipswich player with the quality required to score enough goals to give his side a chance of Championship survival. The former West Ham man may only have five goals all season, but they have all come in Ipswich’s last ten games, and have accounted for nearly two thirds of his sides goal tally in that period. If Ipswich score, you can bet your bottom dollar that Sears will have something to do with it, so get on him at a very appetizing 12/5 with William Hill to find the net anytime.

It’s do or die time for Ipswich now, with the Tractor Boys now seven points adrift of safety. A win can put them back in contention for survival, whilst also convincing their chairman that it’s a cause worth investing into in the January transfer market. A home win that sees both teams score is a gigantic 6/1 with Ladbrokes.