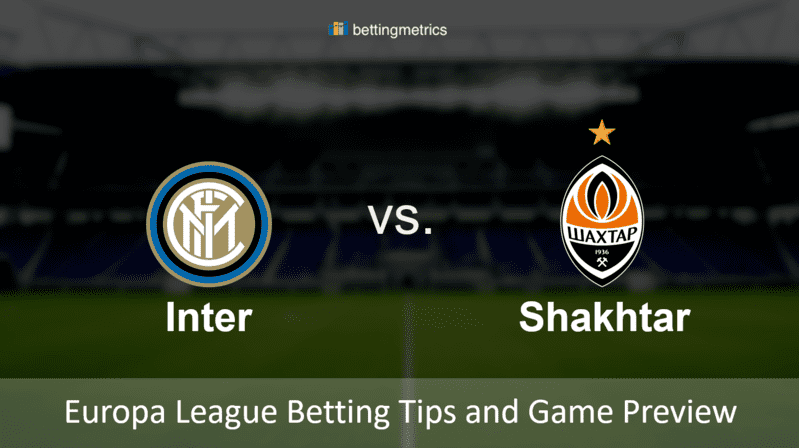 Complicated but not impossible challenge for Antonio Conte's team will be that on Monday the 17th of August at 20:00 at the Merkur Spiel-Arena in Dusseldorf. Inter must deal with the Ukrainian champions who seem in great shape as evidenced by the 4-1 victory over Basel in the quarters.

Excellent form also for the Nerazzurri team which overcame the dangerous obstacle Bayer Leverkusen in the quarterfinals with the 2-1. Victory signed by the goals of Barella and the usual Lukaku who has always scored in all the last 9 games of the Europa League in which he played (5 with the Everton shirt in the 14/15 season when he won the top scorer of the tournament).

According to the odds given by the bookmakers', the Nerazzurri are defined as the favourites, but Conte's men must not make the mistake of underestimating the Ukrainians.

Will Lukaku and his teammates be able to deliver and qualify for the final game of the Europa League this year, where by the way, no Italian team has not played in the last 20 years?

Let's try to figure out and see what the stats say:

We expect an open and attacking style of play from both teams. These two "ingredients" are always a certain promise of a great show for the fans and a lot of goals. That's why our prediction for this game is aligned with the style played by both teams.

Inter reached this Europa League semi-final with high morale. The win against Bayer Leverkusen was the fifth consecutive victory, a positive streak that the Nerazzurri had not achieved since September 2018 when Spalletti was on the bench.

Against Getafe, we saw single players who decided the game with individual efforts. Against Leverkusen. The picture was different, and we saw one team which played in all the areas of the field together.

With Lukaku in form like this Conte and the other players can be calm for the question who will score? They give the ball to Lukaku and he will show no mercy for the opponents' goalkeepers.

For these of you who like to bet on a goalscorer, Lukaku for sure can be a great choice

Antonio Conte can’t count for this game on Alexis Snchez(injured) and Vecino(injured).

Shakhtar arrives at the appointment with the Nerazzurri after having liquidated Basel in the quarterfinals with the heavy 4-1 result. We had left them in December lost and confused after the 3-0 defeat against Atalanta on the last day of the Champions League which had cost them their elimination from the main competition.

Now they are looking different. In fact, in the two matches in Germany, they scored 7 goals demonstrating an excellent state of form. The reigning champions of Ukraine led by the Portuguese Luis Castro love to control the ball and always try to have possession on it. The Brazilian enclave that formed in Donetsk over the years is now led by striker Junior Moraes, a 33-year-old born in Sao Paulo but naturalized Ukrainian, who has already scored 26 goals this year.

Shakhtar looks like another team compared to that of this winter. Certainly Antonio Conte is reviewing the matches of the Ukrainians in the Champions League group when they took a football lesson from Gasperini's Atalanta. He will try to win against them by using some of Atalanta's approaches. Shakhtar should try to do it without the injured Ismaily and Malushev

For one of these two teams, the next game will be the Europa League Final which will be played on 21 August against Sevilla.