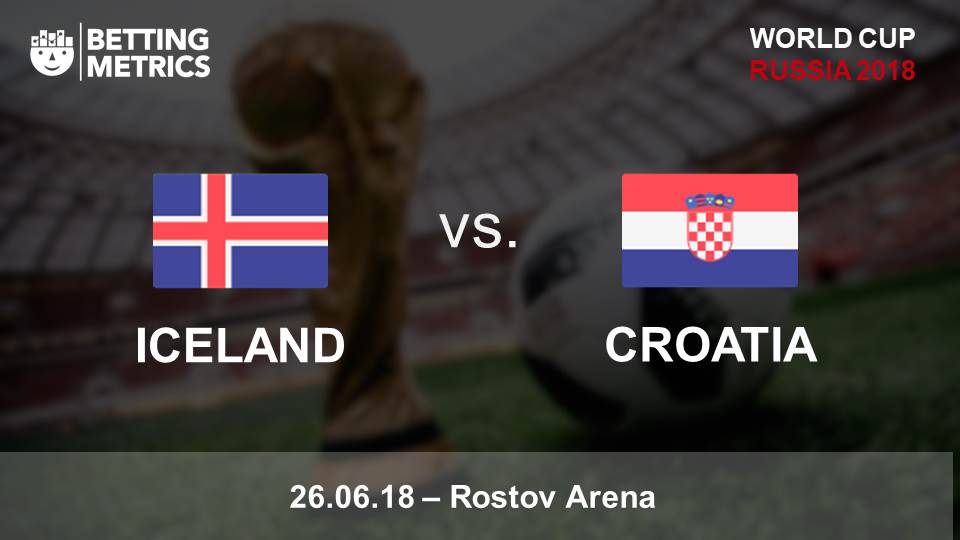 Icelandic momentum was brought to a halt in their defeat to Nigeria on Friday, and they face a big task if they want to qualify for the Second Round.

Only a win against Croatia will do, but with the Croatians sitting top of Group D with a far superior goal difference to everybody else, they may well be forgiven for taking their foot off the pedal in this one. Iceland to start the brighter and get the first goal of the game looks like a decent bet at 13/10 with Coral.

Strangely enough, these two sides faced each other in qualifying for the World Cup, with both sides winning their respective home game. In Croatia’s 2-0 victory over Iceland in Zagreb, Marcelo Brozovic scored both of the goals, so if you’re a lover of omens like that, get on the Inter Milan midfielder to score anytime at odds of around 12/5.

Both teams scoring looks like a bet with plenty of potential. Iceland have failed to keep a clean sheet so far, but while Croatia are yet to concede a goal in the World Cup they are yet to face a side with any sort of attacking cohesion. Throw in the fact that Iceland need to get a goal or two if they are to have any chance of getting out the group, and 19/20 with Ladbrokes starts to look like a very nice price.

On the Icelandic side of things you’ve got to be looking at Gylfi Sigurdsson as the man to deliver on the big occasion. The Everton midfielder is not only the Iceland star player but is also chief set piece taker, so has every chance of getting on the score sheet at 13/5 with BetVictor.

The heart is telling me to back an Iceland to win to continue their international fairytale, but Croatia are one of the toughest sides around and look like dark horses to go all the way. The Croatia win with both teams scoring is a huge 9/2 with William Hill, and has plenty of promise if the game opens up as Iceland commit more men forward in search of goals.

Sports betting should be treated as an investment, which is why you should invest more time into tracking your bets. Find out more in our Betting Knowledge blog…