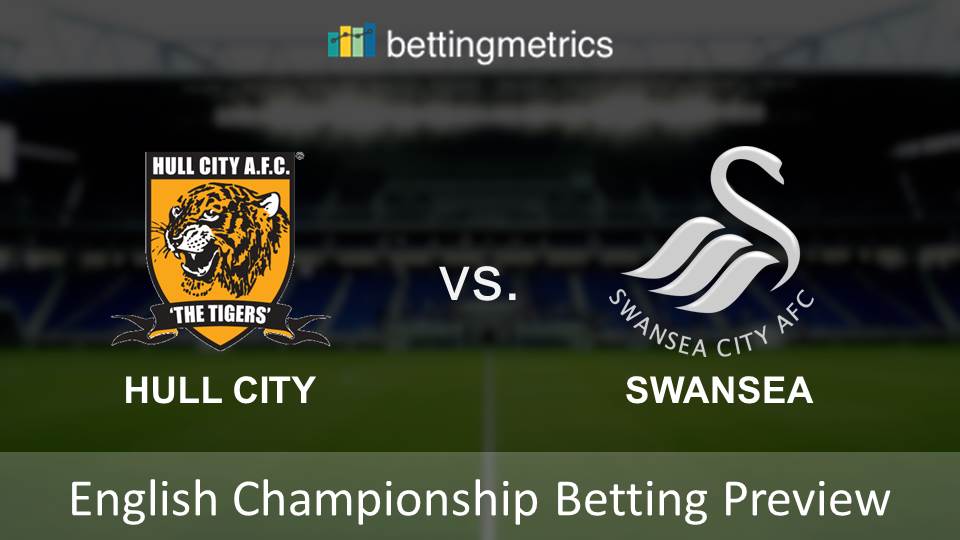 Saturday’s televised evening kick-off sees two sides fighting on different fronts, and with both of these finding a bit of form in recent weeks, we should be in for a decent game.

Hull have just one defeat in their last seven games, a run that has seen them slowly but surely heave themselves away from relegation danger, while back-to-back wins for Swansea has put them back in the race for a play-off place.

One thing’s for sure: There should be plenty of goals. All of Swansea’s last five matches have seen both teams score, while the last three Hull City games have delivered a handsome eleven goals. Both teams scoring in this one is surely a certainty at 8/11 with William Hill. If you want a bit more value, get on over 3.5 match goals at 23/10 with Paddy Power.

But who will bag those all-important goals? Somebody who has proved to be a reliable source of them in recent weeks is Swans winger Wayne Routledge. The veteran forward wasn’t even in the first-team picture a matter of weeks ago after being told by manager Graham Potter to find a new club, but he has returned to the fold in the last fortnight, and has delivered goals in back-to-back Swansea wins. Fancy him to make it goals in three straight games? I certainly do at odds of 5/2 with Ladbrokes.

Hull will take plenty of encouragement from a very solid record in the recent history of this fixture. The Tigers have downed the Swans in each of their last four meetings, and have only been beaten once at home by this weekend’s visitors this century. If you think history will place a bit of added weight on the shoulders of Swansea, then a victory for Hull could be right up your street at the rather large price of 13/8 with Betfair.

And it’s a result that I’m going to stick my neck on the line for and back myself. Swansea have been frustratingly inconsistent all season, and a patchy run of just two wins in eight away games means they are there for the taking for a Hull side that are on the road to recovery. A home win that sees both teams score has whopping value here at 4/1 with Ladbrokes.