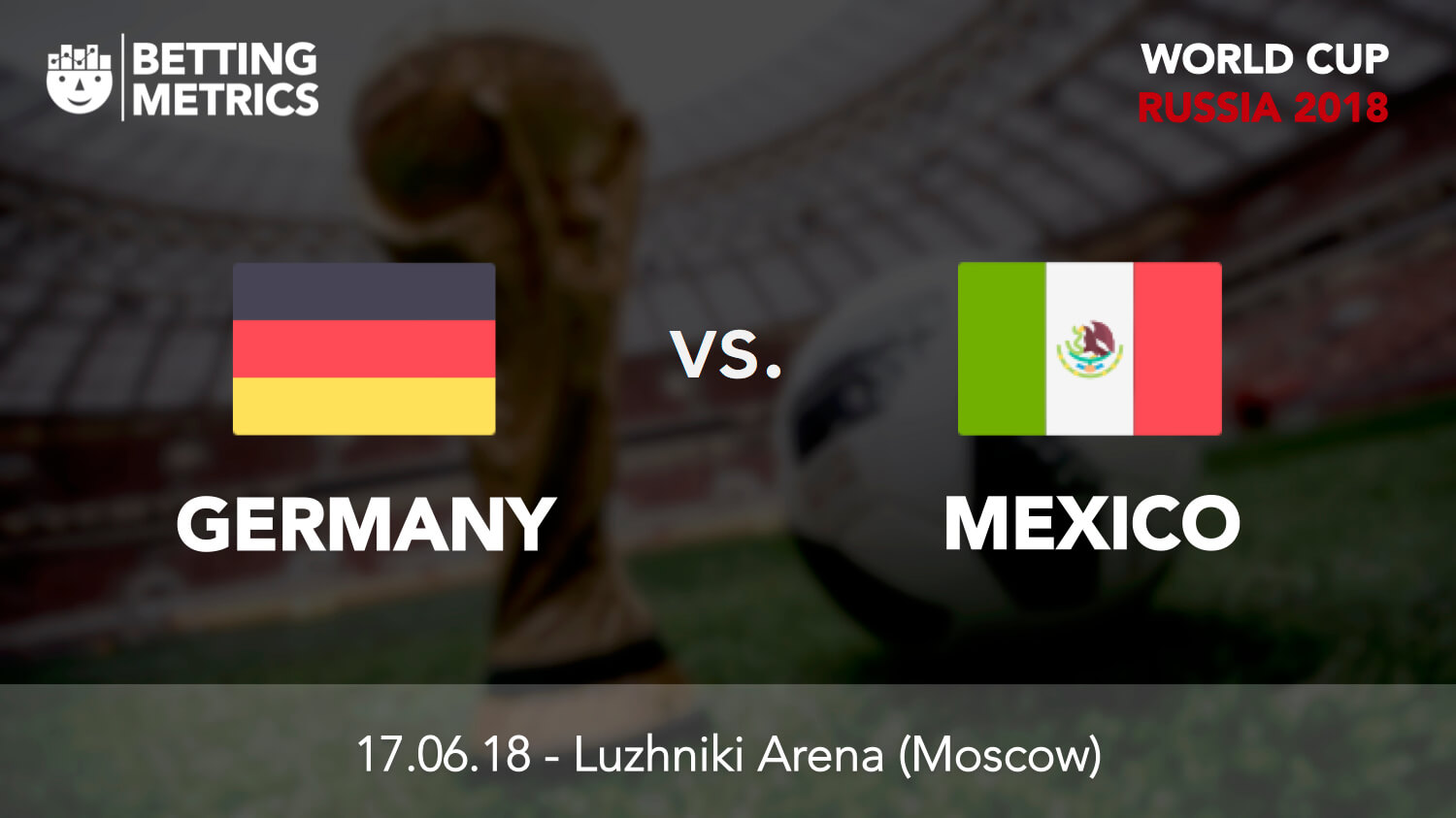 The defending champions have a relatively easy World Cup group to negotiate, but they won’t have it all their own way against a Mexican side that have reached the knockout stages in the last six World Cup finals.

The Germans’ omission of Manchester City winger Leroy Sane from their final squad shows just how much depth Joachim Low has at his disposal. Goal scoring hopes will be placed on the young shoulders of RB Leipzig’s Timo Werner, and he’s 5/4 with Ladbrokes to score anytime and add to his 23 goals for club and country this season.

Mexico can rely on a solid defence in Russia. Just one goal – a penalty against El Salvador- was conceded by Juan Carlos Osorio’s side in qualification, so if you’re confident of them carrying that form into the World Cup finals, then you can get as high as 11/2 with Betfred for them to shut out the Germans in Moscow. I’m not recommending it, but if you like to follow form then you live and die by the sword.

Something slightly more realistic would be the Germany win and under 3.5 goals double at 23/20 with Coral. Germany should have too much for their opponents, but I can’t see it being a thrashing. Mexico striker Javier Hernandez remains the chief goal threat, but hasn’t had the best season in front of goal for West Ham in the Premier League. Hirving Lozano of PSV is a fiery winger with plenty of talent, and has the ability to exploit Germany’s weakness in the form of Cologne left-back Jonas Hector. Lozano is 7/2 with BetVictor to score anytime.

Mexico should have enough quality throughout the pitch to make it seven straight qualifications for the Last 16 of the World Cup, but in Germany they have arguably the toughest opening fixture. South Korea and Sweden follow the Germany opener, and at 5/6 with Paddy Power they represent good value to squeeze through in second place.

That said, Germany should be looking at maximum points in Group F, starting here. Mexico are a tricky proposition in the opening game but should have more than enough to make a winning start. 4/9 does nothing to appeal to me, but 12/5 with William Hill for them to win with both teams scoring is much more like it.

Are you ignoring some of the most lucrative football betting markets? Here are a couple to look out for.