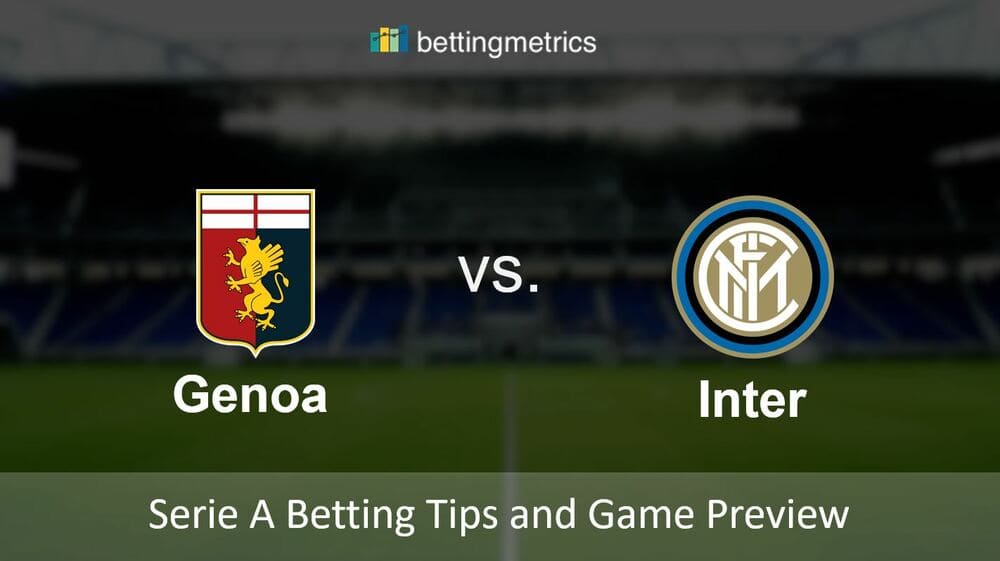 The Griffon's morale is high in the sky after the victory in the local derby against Sampdoria that brought them closer to the safety zone. With the three points obtained against Doria, they kept 4 points of advantage over Lecce. Two victories in a row for Genoa in such a moment is a scenario of which every Rossoblu fan dreamed.

For Inter, however, by now the championship dream has passed, only the goal of reaching at least second place must be chased - which actually means nothing else than prestige. With the colourless draw against Viola, At San Siro, Atalanta reached the possibility to take the 2nd position in their hands.

Against Genoa, it should be an easy game for Inter according to the statistics, but are you sure that the Nerazzurri does not give up the championship now to start preparing the matches only for the Europa League? We tend to think so, thus also explaining some conservative choices on the part of Conte.

Starting from all these considerations, We want to focus on the Goal/Goal sign as the main star of the Genoa vs Inter prediction. At the base of our choice, there are the following data:

Betting Tip By Betting.com: Both teams to score at odds around at 1.57

18 winners out of 32 predicted games

The nine-times winner of the Italian Serie A Genoa made essential steps to keep its place in the highest football league. Unfortunately, the Rossoblu are still in the danger zone, and they should play at 100% during the last 3 rounds of this year's season. Lukas Lerager will miss Genoa-Inter. Genoa's midfielder, previously booked, was disqualified for the game against Inter due to the yellow card received in the derby.

At Marassi Genoa won 6 times out of 9 overall wins this season which means that they feel comfortable in-home and will look for the 3 points against Inter from the very beginning of the game.

The championship is not yet mathematically decided, but at least for betting analysts, the intrigue is solved. Juventus' eight points advantage over Inter in 3 rounds seems like a mission impossible for everybody.

The unconvincing games produced by Inter after the stop didn't give them a chance to remain in the Scudetto race till the end. Inter can be unhappy for the missed occasions that they had after the unusual missteps made by Juve. Vecino and Sensi are the missing players in Antonio Conte's squad.Inter defender Stefan de Fry will miss the upcoming visit of Genoa too due to injury.De Fry is a key figure in the Nerazzurri's squad, having played 40 games this season in all competitions with 4 goals and 4 assists.

Next game for Genoa will be away against Sassuolo on 29th July.

Meanwhile, Inter has a home game against Napoli on 28th July.