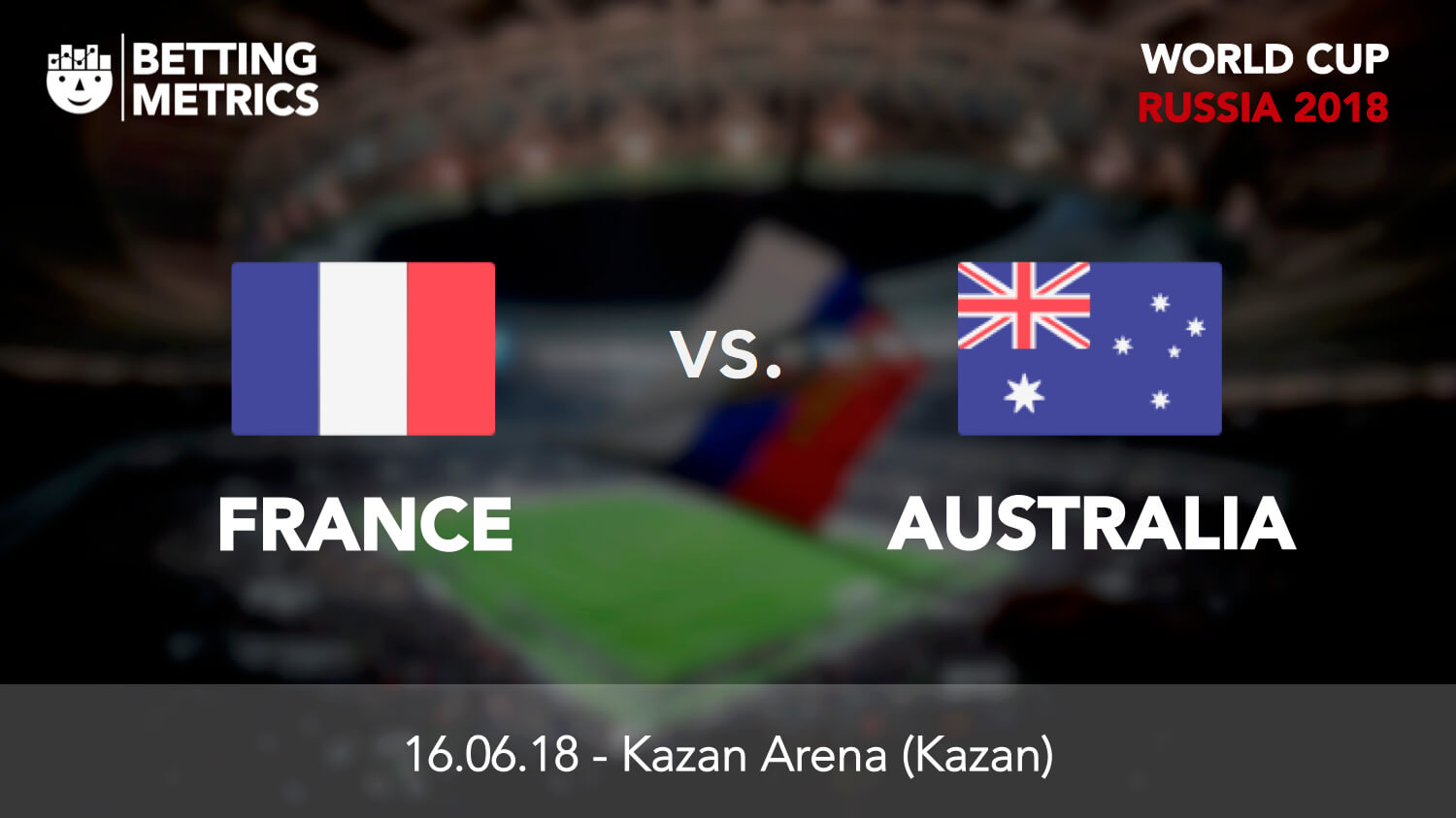 Les Blues go into the tournament as one of the hot favorites, and they will be licking their lips at the prospect of facing a weak-looking Australia side who have recently had a change of manager.

The Socceroos were by no means convincing in the qualification process for Russia. They finished third in their group – meaning they failed to qualify automatically for the World Cup, needed an extra-time winner from Tim Cahill to get past minnows Syria in their Asia play-off, before going on to secure victory over Honduras in the inter-continental play-off.

Former Netherlands manager Bert van Marwijk only took the helm at Australia in January, and he will have to address some wretched away form which saw his side win only once on their travels during qualification. The Aussies also go into the tournament with a squad that’s desperately lacking in experience at the top of the game.

France, on the other hand, are the polar opposite. They have a squad that is verging on “Golden Generation” territory, and have a fearsome forward line that could run riot in this opener. France to begin this one with a two goal deficit and still win is a very tempting proposition at 17/10 with William Hill.

France striker Antoine Griezmann was top goal scorer at Euro 2016, and he is a massive 12/1 (Ladbrokes) to be top of the scoring charts in Russia too. He has a great chance. France are in a very favorable group where there should be plenty of goals on offer, and Griezmann has a great supply line behind him in the form of Kylian Mbappe and Ousmane Dembele to name just two. Griezmann is 3/1 with Betfred to open the scoring in Kazan.

On paper, this looks like a total mismatch. France should have way too much for their somewhat inexperienced opponents, and while the first few games of the World Cup could be relatively quiet, I’m expecting this game to see the first spanking of the tournament. France to run riot and win in a game that sees over 3.5 goals looks like solid value at 12/5 with Coral.

Have you got what it takes to make betting your full-time job? Step inside the mind of a pro in the Betting Knowledge blog…