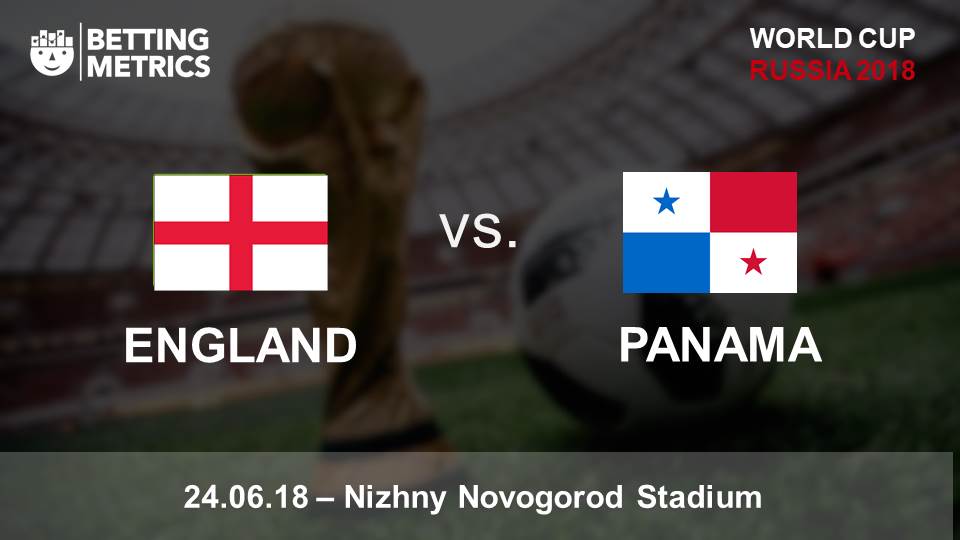 England were ultimately rewarded for 90 minutes of dominance against Tunisia in Volgograd on Monday night, and they will be faced with a similar task of trying to break down a stubborn Panama side in Nizhny Novgorod on Sunday lunchtime.

With England’s fluid attacking approach combining with a touch more Panamanian urgency to get a result, you would argue that England winning on the -2 Asian handicap looks like a solid bet at 29/20 with William Hill. England showed against Tunisia that they can cut teams open and create chances against sides that sit deep, so I have no concerns about them doing the same against the Central Americans.

Panama had their moments in defeat to Belgium, so you probably can’t count them out of this one just yet. They had their best periods of play on the break, and with England’s defenders proving slightly wasteful in possession against the Tunisians, I would be a fool if I completely disregarded the chances of both teams scoring at 21/10 with Coral.

England’s system against weaker opposition gives license to Dele Alli and Jesse Lingard to make late runs into the penalty area, and both advancing midfielders had decent chances to find the net in their World Cup opener on Monday. Lingard game the closest of the two, and his intelligence off the ball and pace over a few yards will see him have further chances to score here. Get on the Manchester United man to open up his tournament account with a goal here at 13/10 with William Hill, or 4/1 if you fancy him to get the first goal.

A slightly more left-field option for anytime goal scorer is Harry Maguire, but the Leicester City defender was particularly dominant in the air when attacking England’s several set plays into the penalty area. You can back Maguire at 9/1 to bag anytime.

England coming through the Tunisian test will do them the world of good, and with Panama needing a result to stay alive in Group G, the game could be a more open affair than both of these sides’ World Cup curtain raisers. England to build on the momentum and win with over 2.5 goals is surely a cert at 10/11 with Coral.

Are you taking bankroll management into account in your betting mix? Find out more in our Betting Knowledge blog.