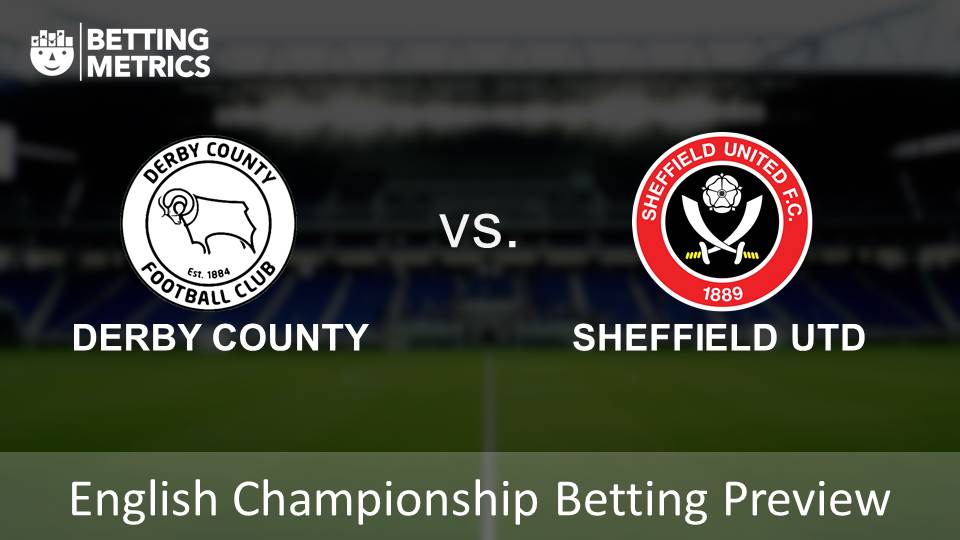 The televised Saturday evening game is an intriguing one at Pride Park, as table-topping Sheffield United travel to face a Derby County side that have struggled for consistency all season.

The international break isn’t usually the best time to establish consistency, but it was a good opportunity for a system reset for Frank Lampard’s Derby. They entered the two-week break off the back of a three-game winless spell that followed their cupset at Manchester at United a few weeks ago, so they need a change of fortunes quickly.

Sheffield United probably didn’t want the international break either. The interval is synonymous with breaking up vital momentum – a hugely valuable component to any successful Championship side. Nevertheless, seven wins from nine for the Blades is a great return, and they have a strong record against their opponents this weekend. United have lost just once in their last seven games against the Rams, and considering the form of the two sides, an away win at 17/10 with Ladbrokes looks a good shout.

The goals have been flying in for Chris Wilder’s United, and the strike duo of David McGoldrick and Billy Sharp have been the main beneficiaries. Both McGoldrick and Sharp come into this one with four goals in their last four games, so with eight goals between them, you would be surprised to see at least one of them go without a goal at Pride Park. A McGoldrick goal anytime is 8/5 while Sharp can be picked up at 29/20 – both with William Hill.

On the other side, Harry Wilson is rapidly developing a reputation as something of a dead ball specialist. The Welshman followed up his superb free-kick in the Rams’ victory at Old Trafford in September with another rasping effort on Tuesday in the Wales victory over the Republic of Ireland in the Nations League. If you fancy that strike to be the catalyst for some goal scoring form then get on Wilson at best-priced 16/5 with Betfair for a goal anytime here.

That said, Sheffield United play with an intensity that Derby may well struggle to deal with. It was evident in Derby’s defeat against Leeds in their last Saturday evening game in August that they struggle against teams who like to counter-attack, and that’s what they will be faced with again this weekend. It will be hard work for the Blades, but I fancy them to come out on top and seal a huge win. The Sheffield United win and both teams scoring is a huge 4/1 with Ladbrokes.