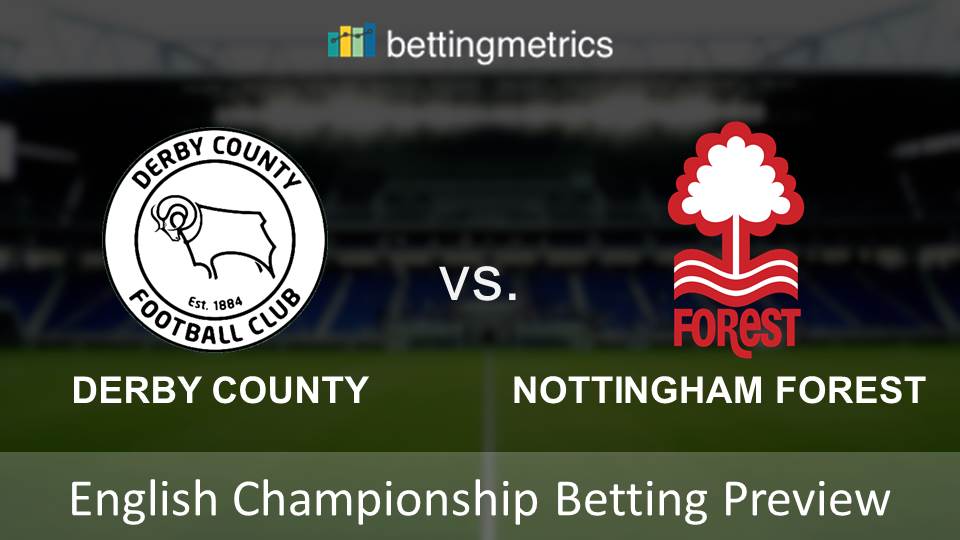 It’s probably the biggest local derby in the Championship, and with both sides looking set for a tilt at the play-offs, this match has a hell of a lot riding on it.

The Rams have dominated this one in recent years, but with Forest now boasting their strongest side in well over a decade, this one is almost too close to call.

One thing that can be said for both sides is that neither of them score enough goals, with neither Derby or Forest averaging barely 1.5 goals a game. Throw in the notion that local derbies tend to be tense, tight affairs, as well as the fact that a defeat could damaging for both sides’ top six challenges, then a cagey under 1.5-goal snooze fest wouldn’t shock me at all at odds of 3.85 with Unibet.

I also wouldn’t consider this one if you’re looking for a leg on your “both to score” accas. At least one of these sides has failed to score in five of the last six meetings, so if you fancy this one to go either way, then back the win with a clean sheet bolted on to it. It’ll give your odds a big boost. A Derby win and clean sheet double is 3.60, while a Forest win to nil is huge money at odds of 7 with Coral.

All three of Forest’s away wins – which have come in their last five Championship games on the road – have all been with clean sheets to boot. Just saying…

Forest manager Aitor Karanka goes into this one having only lost one league game out of seven against Derby County. The Spaniard has seen his Middlesbrough and Forest sides keep five clean sheets in those seven matches, and it’s fair to say that the side he’s building at the City Ground is reminiscent to the one he built at Boro in it’s physical aspects. Karanka builds tough sides, ones that have acted as kryptonite for Derby sides of recent years that play fast, attacking football, much like the style adopted by current boss Frank Lampard.

Something tells me that Forest and Karanka have a trick up their sleeve for this one. Derby may have won last time out against Wigan, but they were pretty poor, and while Forest lost against Preston in their last match, they always look like scoring with Lewis Grabban in the side, so I’m going to stick my neck out and back a Forest away win at odds of 3.75 with Betfair.