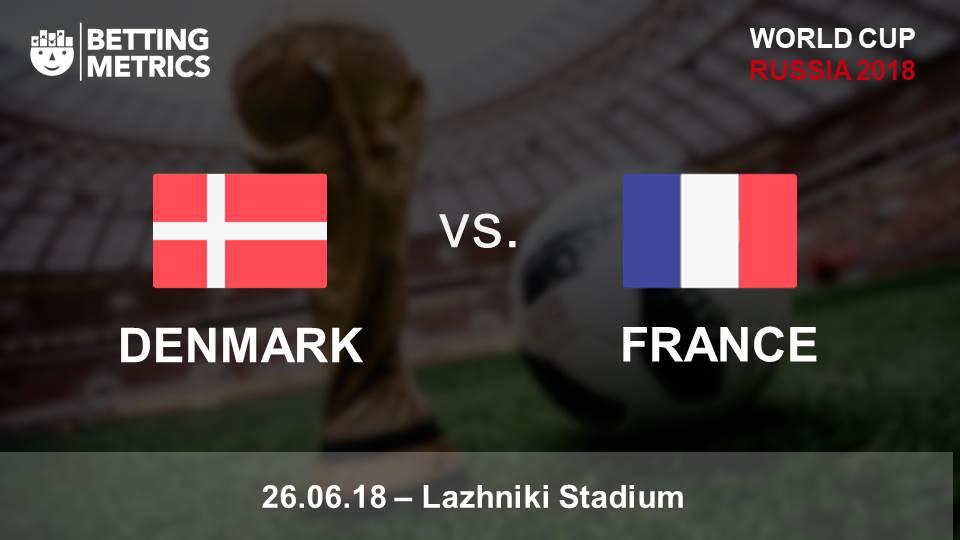 This match-up in Moscow has the key ingredients for a game that will see both sides extremely happy with a point apiece.

Denmark need just a draw to stay out of the reach of Australia in the battle for second place in Group C, while a stalemate would see France finish top of the group. The Danes will probably in no mood to rock the boat, and would bite Didier Deschamps’ hand off if he offered them the draw, in the same way you should bite off William Hill’s hand when they offer you 6/4 for the tie.

If you don’t fancy the draw, then bets should definitely be placed in the direction of under 2.5 goals, or if you’re feeling particular frisky, under 1.5. Neither side want an open, expanisive game, and both Denmark and France have so far been unconvincing in front of goal. Under 2.5 goals at 4/9 (Coral) isn’t the best price in the world, so you should probably put that in a double with the draw at 9/4. Under 1.5 is a very tempting proposition on its own at 7/5 with Betfair.

If you aren’t a fan of backing draws and want to get behind one of the teams in this one, then France represent great value at 5/4 with William Hill. This is a great example of value betting, more of which is explained in our blog, and is a great shout if you fancy Les Blues to find their rhythm ahead of the knockout stages. The Danes are also missing one of their main goal threats in Yussuf Poulsen through suspension, which gives further ammunition to those who fancy France to make it three wins from three.

With Australia-Peru being played at the same time down in Sochi, this will be a very tense affair, with both sides having something to protect as they look to progress to the Second Round. Betfair are offering great odds of 10/11 for the game to be level at half-time, and is a good bet for anybody who doesn’t have the stomach to back the draw over 90 minutes. If you’re looking for an anytime goal scorer bet to follow, get on Antoine Griezmann, who is due a goal from open play, and looks a decent bet at 9/5 with William Hill.