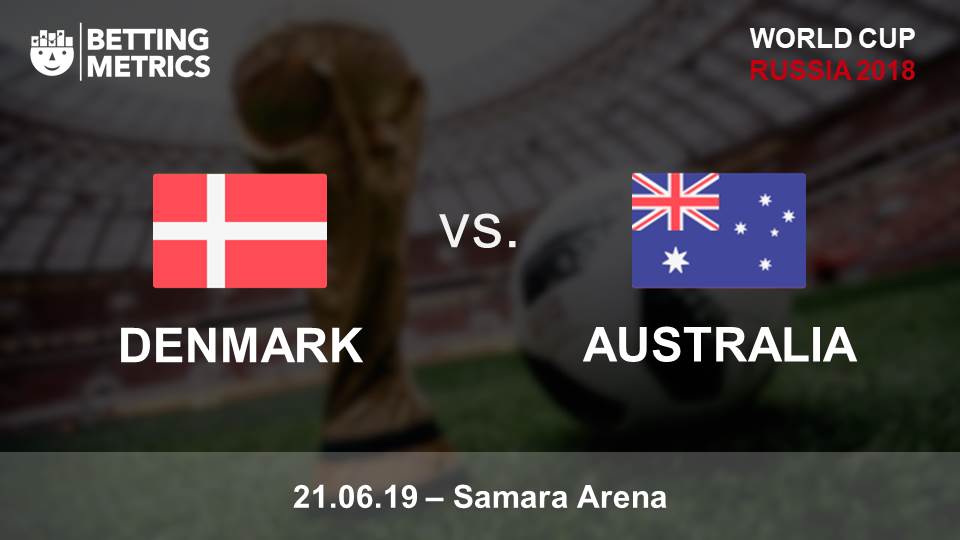 Both sides adopted counter-attacking styles in their opening games, but with the Danes having more success than their Aussie counterparts, we may need to see a change in approach from the Socceroos if they want to drag themselves back into contention for the Second Round.

Australia put in a brave display against France in their curtain-raiser, but ultimately tired quickly and were punished by Les Blues, so an approach which sees them retaining possession is vital in order to stay the distance in a crunch game where defeat will probably send them home.

Denmark are likely to begin the game on the front foot but won’t be afraid to sit and let Australia come on to them, and it was exactly that style that reaped rewards against Peru, when the South Americans poured forward before being punished by a great finish by Yussuf Poulsen.

The Danes are 17/20 with Coral to collect three more precious points, and you have to say that is a pretty healthy price. They were a threat on the break against Peru – who look a much stronger side than Australia, based on the opening round of games – and Christian Eriksen is due a strong performance following a quiet display first time around.

A Scandinavian clean sheet is probably the way to go too at 11/10. While the Aussies were strong at the back against France in their opener they had very little in the way of an attacking threat up front. They had a bit of joy against France’s Theo Hernandez via winger Matthew Leckie, but he was one of many who faded late on, and fatigue may well be an issue again going into this one. Leckie is 5/1 with William Hill to score anytime if you think he has the staying power for it.

Ultimately, though, this is likely to be the end of the road for a plucky Australian side. Denmark showed a steely determination against Peru in their opening group game, and the 1-0 win will give them a world of confidence going into this one. Three points and another tight display at the back will see them through, so get on the Danish win with under 2.5 goals at a lovely 5/2 with Ladbrokes.

Find out more about why tracking your betting history is the secret to long-term success.