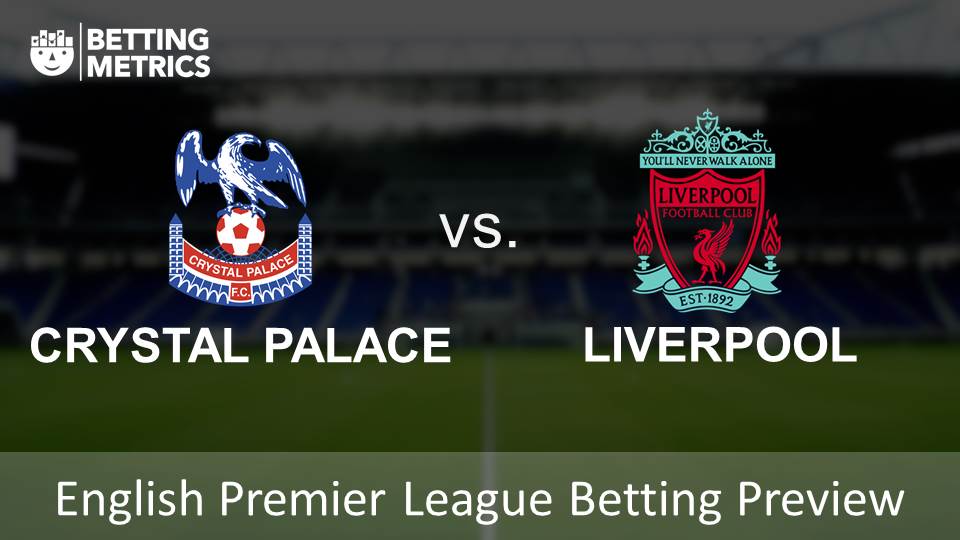 We should be in for a game featuring two sides brimming with confidence following excellent displays in their Premier League openers.

For Palace, they surprised the bookies to beat newly-promoted Fulham away from home last weekend, while Liverpool didn’t need to move out of second gear in their 4-0 drubbing of West Ham. Jurgen Klopp’s Reds will need to be on top form ahead of a trip to Selhurst Park to face a manager who knows how to make life difficult for title contenders.

Roy Hodsgon’s Palace will keep things tight and allow Liverpool plenty of the ball, but the visitors will need to keep an eye on the threat of Wilfried Zaha, who gave Liverpool full-back Trent Alexander-Arnold a torrid time in this fixture last season. Zaha scored in the Fulham win at Craven Cottage, and is 23/10 to bag a goal anytime in this one.

That said, Liverpool have a very solid record against the Eagles, with the Merseyside outfit winning in four of their last five Premier League games against them, including in each of their last three visits to South London. None of those wins, however, have come with a clean sheet to boot, so if Klopp’s side are to get another three points here, chances are it will be with both teams scoring. If that sounds like a decent Monday night bet to you, then you can pick it up at 7/4 with William Hill.

Liverpool’s front three looked in potent form against West Ham last weekend, and you would be a fool to back against any of them scoring at Selhurst Park. Mohamed Salah looked as dangerous as ever, and showed no signs of second season syndrome with his goalscoring display against the Hammers on Sunday. The Egyptian is a great bet for the Golden Boot again this season, and two or more goals in this one wouldn’t help his cause at all at 3/1 with Hills.

Have you had chance to check out our Alpha Odds Comparison portal? What are you waiting for?! Take a look here…