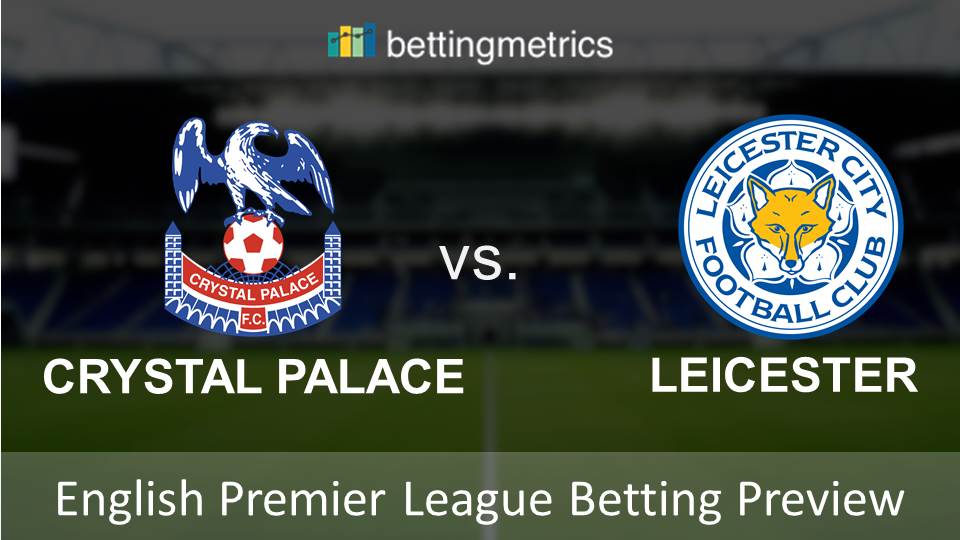 Crystal Palace might have fancied this one as a chance to push themselves up the table, but a key absentee for their clash against mid-table Leicester could well prove to be a telling one.

After receiving his fifth yellow card of the Premier League season, Palace forward Wilfried Zaha is missing this one, which swings the game firmly in the visitors’ favour. Since the start of last season, Palace have lost every single game that Zaha has missed. With that in mind, do you reckon a bet on Leicester at 2.95 with Unibet looks a good one? I certainly do.

The Foxes come into this one off a run of form that is pretty befitting of a side in their position in the table. Claude Puel’s side have won, drawn and lost one each of their last three matches in all competitions, and it’s fair to say that they’ve struggled for consistency this season. A win could put Leicester as high as seventh in the Premier League table, which is a great carrot on offer, with the possibility of Europa League football if they can keep hold to that lucky seventh spot come May 2019.

James Maddison continues to impress in a Leicester shirt, and has marked his recent return from suspension with two goals in his last three games. If you fancy him to build on that form ahead of a busy Christmas period then the England international is as high as 4 with Unibet to score anytime.

Zaha’s absence spells trouble for a Crystal Palace side that don’t score many goals at the best of times. Only one side has mustered fewer than the Eagles’ lowly 13 Premier League goals this season, and with their chief goal threat being out of this game, a flutter on an away clean sheet at 3 with Coral could well prove to be a fruitful one.

That said, Crystal Palace don’t concede too many, despite their disappointing position in the table. Roy Hodgson’s side have conceded fewer goals than Manchester United this season, so I think we’re pretty unlikely to see much of a goal fest here, in a game that also features the second-lowest scorers in the division’s top half. Under 2.5 match goals here looks a solid bet at 1.59 with Unibet.

The lack of Zaha in this Palace team is a huge blow for his side, and is equally a huge boost for visiting Leicester this weekend. The stats when Wilfried doesn’t play are damning to say the least, and a Leicester win & clean sheet double looks like a great bet to take advantage of that at 4.50 with Unibet.