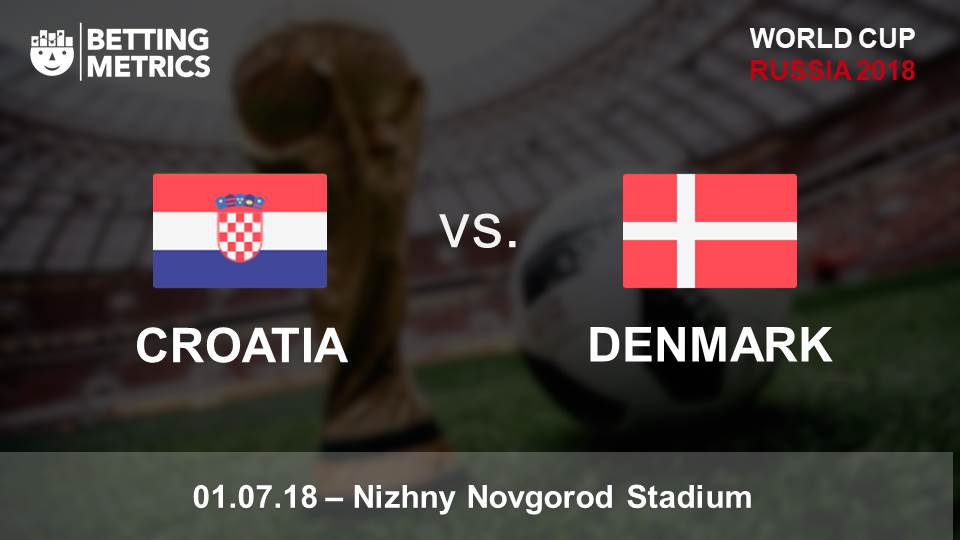 Croatia go into this one on the back of three straight wins in Group D, and should be confident of getting past a Denmark side that have been less than dazzling in the World Cup so far.

The Croats had the luxury of making nine changes to the side for their final group game against Iceland on Tuesday evening, so manager Zlatko Dalic can rely on a fresh first-team in Nizhny Novgorod. Denmark has no such luxuries in their game against France to clinch qualification, and a lack of freshness could prove vital.

Croatia are 5/6 with Paddy Power to win the game in 90 minutes, and you would expect them to do so after blowing away each opponent they’ve faced in the tournament so far. Denmark were fortunate to beat Peru in their World Cup opener, and have produced drab performances since then in draws against Australia and the French.

If you a fan of corner betting then you should be enthused by the Croatians’ record of topping the corner kick tally in each of their three group games, and with them favourites to win this one, they should have plenty of set pieces in the final third. You can get odds of around 4/7 with NetBet for them to outscore Denmark in the corner department.

Denmark need a big performance from Christian Eriksen if they are to have any chance of qualification for the quarter-finals. The Tottenham midfielder scored a superb goal in their draw with Australia, and his link-up play with striker Nicolai Jorgensen will be key to their success. Jorgensen is yet to get off the mark in this tournament but could well cause problems for the error-prone Dejan Lovren in the Croatia defence. The Feyenoord striker is 11/4 to score anytime and add to his eleven goals in the Eredivisie this season.

That said, I think Croatia have a huge chance to make it deep into the tournament. They have shown they are capable of dismantling teams on the break, and the midfield duo of Luka Modric and Ivan Rakitic has been the best in the World Cup so far, and their nous should snuff out the threat of Christian Eriksen and Co. Back Croatia to win efficiently and with a clean sheet at lovely odds of 33/20 with Coral.

Find out what makes a good set of betting tips, ahead of crunch time in the 2018 World Cup.