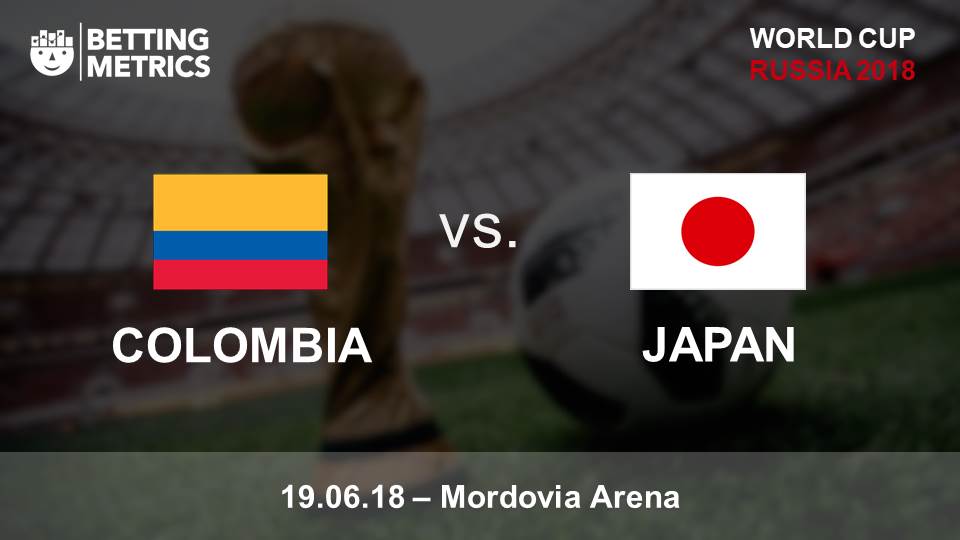 The favourites to win Group H take on the group’s outsiders in Saransk, and Colombia look a sure-fire bet to make a winning to start to their World Cup campaign against opposition at the end of their cycle.

Japan’s squad is seriously lacking in quality this time around, and have suffered three straight friendly defeats –scoring just once- in the build up to Russia. Keisuke Honda is the main creative threat going forward but is now 32 and plying his trade in Mexico, so may be rusty at the highest level against a strong Colombian side.

Overall, it doesn’t look good at all for Japan. Their lack of scoring prowess at the highest level is a real concern, and a recent change of manager suggests all isn’t quite well in the camp. Even-money for them to fire a blank and fail to score against their South American opponents has a big chance.

Colombia, on the other hand, have plenty going for them. 21-year-old centre back Davinson Sanchez is a big talent, and they have the big-game experience of Juan Cuadrado and James Rodriguez in midfield. Up front, they boast Radamel Falcao, who has scored 24 goals for Monaco this season. 4/6 with Coral for Colombia to kick off the group with three points is an absolute banker.

While the Colombians should have enough about them to get past Japan, it probably isn’t going to be the highest scoring game in the opening round of World Cup group fixtures. Matches involving Los Cafeteros during qualifying for Russia averaged less than 2.5 goals each, and with Japan looking blunt in recent friendly defeats it’s fair to say that 8/13 for under 2.5 in this opener looks pretty certain.

An injury to Falcao meant that he missed the 2014 World Cup, placing all the goalscoring pressure on young James Rodriguez, and he delivered the goods as he ended the tournament as top goalscorer. With Falcao returning, he should be in line for some great service from a talented midfield behind him. The William Hill special for the Monaco man to score at least two goals on Tuesday is calling my name at a very tasty 8/1.

It’s never too late to take up sports betting full-time. Check out the story of the 30-year-old who gave up a ten-year career and is now reaping the rewards…