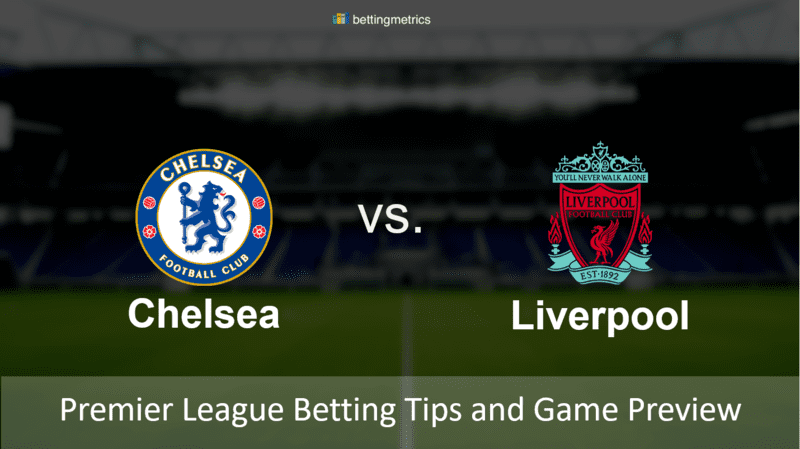 Sunday the 20th of September at 16:30, the big match of the 2nd round of the Premier League will take place at the magnificent, but unfortunately empty, setting of Stamford Bridge.

For this reason, we have carefully studied our Chelsea vs Liverpool prediction, and definitely, the game promises to be a very balanced between two teams that won, albeit in different ways, on their debut.

The Blues won by 3-1 over Brighton, with goals from Jorginho (penalty), James and Zouma. Much more complicated was the debut and the first 3 points of the Reds. Liverpool needed 4 goals to win them against the newly promoted Leeds (coached by "el Loco" Bielsa). The match at Anfield ended 4-3 and it required a hat-trick from a wild Salah (2 from a penalty), and van Dijk's goal to avoid the first wrong step of the season in the league. There are a lot of curious circumstances on which we have to look at the Lampard-Klopp battle, with the former benefiting from a "rich" market while the latter saw the full team that won with 99 points last Premier League.

Chelsea is deprived of the essential rookies Chilwell (Leicester) and Ziyech (Ajax), the young midfielder Gilmour, and the longtime absent van Ginkel, all injured. The recruitment ban that affected the Blues until the 31st of January allowed them to highlight a few young people during the last campaign. The defenders Reece James (19 years) and Fikayo Tomori (21 years), the midfielder Mason Mount (20 years , 7 goals, 5 assists) or the striker Tammy Abraham (21 years, 15 goals), all showed that Chelsea's academy works.

The club, on the other hand, made great efforts during this transfer window to increase the team's competition. The German internationals Timo Werner (Leipzig) and Kai Havertz (Leverkusen), the defenders Ben Chilwell (Leicester), Thiago Silva (PSG) and Malang Sarr (Nice), and the winger Hakim Ziyech (Ajax) boost definitely the hopes of Chelsea's fans for the upcoming season.

Something that we should take note is the return after suspension of the Croatian international midfielder Kovacic.

It is important to mention the absence of England international Oxlade-Chamberlain for Liverpool's squad as well as the vital substitute Shaqiri (injured), and the Greek Tsimikas (Covid). During the first round, the Reds did not shine in the defence by conceding 3 goals. Led by the unstoppable Mo Salah (hat-trick), they did, however, make a clear announcement of their great offensive potential. Last weekend, Jürgen Klopp put in the team expected 11 players, with the indisputable Alisson, Alexander-Arnold, van Dijk, Robertson, Henderson, Wijnaldum, Salah, Mané and Firmino. During the offseason, Liverpool did not lose a significant player but saw the departure of 2 experienced elements who did not play much anymore: defender Dejan Lovren (Zenit) and attacking midfielder Adam Lallana (Brighton).

The game at Stamford Bridge promises to be spectacular for us - the football fans. The Blues got off to a great start even if the new players failed to impress, while the Reds showed serious defensive gaps. We expect a balanced game where both teams will have repeated scoring chances and, without hiding, we think that we will witness at least one goal on each side. Precisely for this reason, we chose the Goal Goal sign as the main advice for this challenge. Below we list other reasons that led us to choose this outcome:

Betting Tip by Betting.com: Both Teams to Score at odds around at 1.50

The next game for the Blue's from London will be on 22nd September at home against Barnsley in a match valid for the EFL Cup. On 26th September, they will play away against West Bromwich in the 3rd round of the English Premier League.

Meanwhile, the Reds will be engaged on 22nd September for their game in the EFL Cup against Lincoln away. On 28th September another there is another difficult challenge in front of Liverpool and again in London, this time the opponent will be Arsenal.