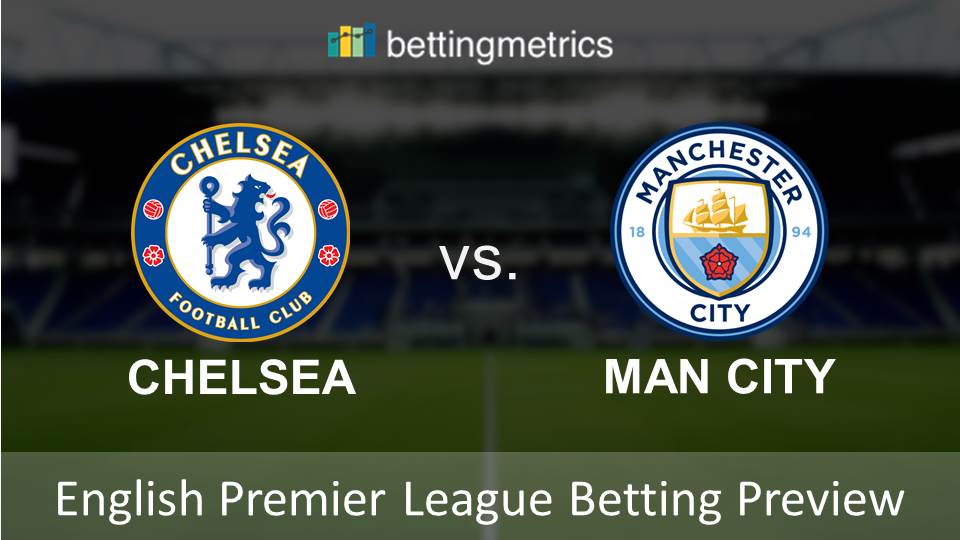 Unbeaten Manchester City travel to Stamford Bridge for one of their toughest away assignments of the season, but should be heading to west London with plenty of confidence.

City were in complete control for 85 minutes of their 2-1 win at Watford in midweek, but a lapse of concentration towards the end led to a needless goal concession, and the full-time telling off from Pep Guardiola will surely have resharpened their focus ahead of this one.

For Chelsea, it was yet another poor performance in midweek as they surrendered a one-goal lead to lose 2-1 at Wolves, a defeat that means that it’s now just one win in four Premier League games, and their defensive frailty in particular will alarm many Blues fans ahead of the visit of by far and away the division’s highest scorers.

City are averaging exactly three goals a game this season, and after dipping just below that in their win at Vicarage Road on Wednesday, it could well be argued that they’re due a big goal haul this time around.

And why not? Chelsea’s centre back pairing of David Luiz and Antonio Rudiger always looks like it has a mistake in it, and the left-back position is one that City’s potent attack could easily exploit. If City get control of this one, over 2.5 goals for the visitors has a big chance at an even bigger 12/5 with William Hill.

Chelsea will always have a chance with Eden Hazard in the side. He’s probably the only player in Mauricio Sarri’s team that can trouble the City defence consistently over the 90 minutes, and if they are to have any chance of getting anything out of this one then he needs a big game. However, the Belgian has now gone eleven games without a goal for club and country, which is another reason to think about punting on the away side.

With City looking as imperious as ever, and Chelsea starting to wobble, I can’t see anything other than a dominant victory for the table-toppers. With Hazard out of form and Alvero Morata out of sorts, can Chelsea breach the City defence? Not for me, they can’t, so a City win and clean sheet double looks like an absolute steal at 29/10 with Coral.