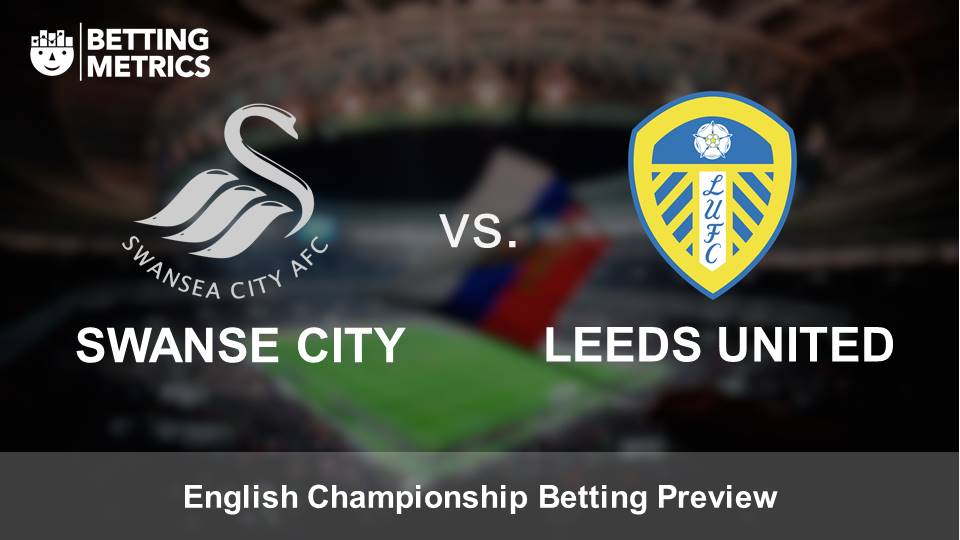 Swansea City have surprised many with their solid start to the campaign following relegation from the Premier League. Two wins and a draw with a young, inexperienced squad is a great start to Graham Potter’s Swans career at the helm, but he faces his toughest test on Tuesday night when the enigmatic Marcelo Bielsa takes his Leeds side to Elland Road.

Leeds have made light work of their opposition so far. Three wins from three, two of which coming against promotion contenders in the form of Stoke and Derby County, mean that they’re the early favourites with many punters to go all the way.

Bielsa has drilled his side to start games quickly and press opponents into mistakes, which is something that may become their undoing later in the season when fatigue comes into play, but for now it’s proving the perfect formula.

Swansea, on the other hand, have been relatively slow starters in games, failing to score in the opening half an hour in any of their opening three league games. Leeds, meanwhile, have scored three times in the same timeframe, so the first bet you should take a look at is Leeds to be the first team to score in this game at 10/11 with Coral. Coral also offers betting markets for the opening 30 minutes of games, so if you follow form and go for Leeds to be winning on the half-hour mark, you could be quids in at odds of 29/10.

Whether they will be winning at full-time, though, is another question. In their four games in all competitions this season, Bielsa’s side have only kept one clean sheet, and that was against relegation-tipped Rotherham last weekend. Couple that with Swansea’s home advantage and possession based play and they should have a few chances to find the back of the net. Both teams scoring in this one has a great chance at 4/6 with William Hill.

I’m having a tough time picking a winner at the Liberty Stadium. Leeds have the firepower, but back-to-back clean sheets for Swansea in recent weeks suggests that there won’t be much in this one at all. Both sides will take a point, and with goals potentially at a premium, the stalemate plus under 2.5 goals looks like the bet here at 10/3 with Coral.