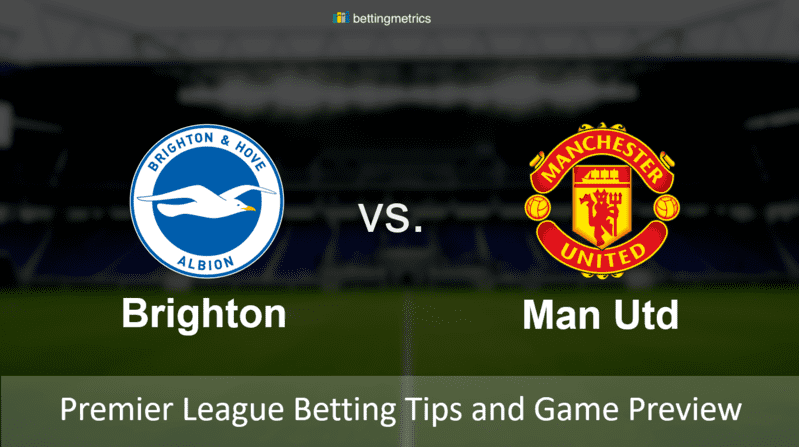 The match between Brighton and Manchester United is scheduled for Saturday, 26th September, at 13:30, and it will be played at the Amex Stadium. The Seagulls beat Newcastle 3-0 away in the last round, redeeming a 3-1 home defeat against Chelsea on their debut. The Red Devils, on the other hand, didn't participate in the 1st round, while in the second they lost by 1-3 at Old Trafford against Crystal Palace. Solskjaer's eleven, therefore, are looking for their first victory in the championship, in order to avoid a big gap at the very beginning with their rivals.

Brighton managed to strengthen its squad this summer with two very important additions. The Seagulls secured the services of Joel Veltman from Ajax, for whom they paid the modest sum of 1 million euros. Liverpool's Adam Lallana has also joined the Blues who for sure can add additional depth in Potter's team. The "highest" sum (2m) was paid for the Netherland's wonderkid Jan Paul van Hecke. After the opening defeat against Chelsea Brighton managed to secure two convincing victories without conceding a goal - 4-0 against Portsmouth in EFL Cup and 3-0 away against Newcastle. This can be counted as a sign that games against Brighton can't be underestimated even by the big 4. The Seagulls have shown that they could bite on every possible occasion.

This summer transfer market of United can be called a calm one. The new face who arrived at Old Trafford is only Donny van de Beek from Ajax for whom the Red Devils paid 39 million. Sancho rumours are still valid, but his arrival at Old Trafford seems impossible for this moment.

We have already seen him involved in Dortmund's first game in German Bundesliga, which can be counted as a clear mark that at least till the winter transfer market he will remain there.

The loan of Ighalo expired so Solskjaer wouldn't be able to have him in the squad, which can be taken in consideration and counted as bad news because of the immediate impact on the Red Devils team made by the Nigerian International.

We expect United's redemption after the debut knockout. Taking a look at the above mentioned facts, we think we could see a wide success for Solskjaer's eleven. Despite this, we preferred to turn to another market by skipping the 1X2. We chose the OVER 1.5 GOALS FOR THE GUEST market as our main tip for this challenge.

Betting Tip by Betting.com: Away over 1.5 goals at odds around at 1.83

We want to add one more prediction on Brighton vs Man United, which is valid for the first 45 minutes of play of the match at the Amex Stadium. Our choice fell on the OVER 1.5 FIRST HALF. We remind you that this outcome occurred in the last 2 head-to-head games played here.

The next game for Brighton will be on 3rd October away against Everton. The Red Devils next challenge will be as well on 3rd October.They will host Mourinho's Tottenham.