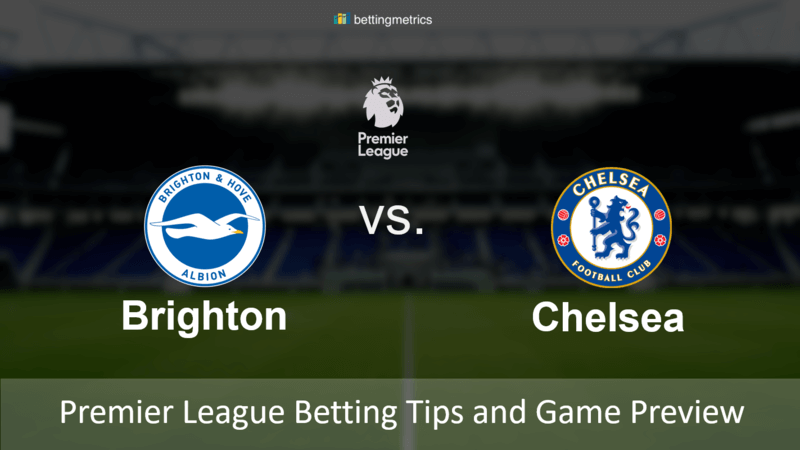 Brighton vs Chelsea is scheduled for Monday 14th September at 8.15 pm. The Seagulls closed the last season at +7 points from the relegation zone, reaching the main aim. The Blues finished the last campaign at the 4th position, thus gained access to the Champions League and the possibilities to make a “pharaonic” market given the transfers of Werner, Ziyech, Havertz, Thiago Silva and Chilwell. Now the Londoners are called to return to compete for the title, and they will undoubtedly want to start by winning the 3 points this Monday evening at Amex Stadium.

The target was completed last year for Brighton, which finished 15th in the Premier League. The Seagulls weren’t under pressure when the Premier League resumed after the lockdown, and they finished the season just for prestige. Brighton has only lost to the big trio (Manchester United, Manchester City and Liverpool) and in the last 9 rounds, the team gained 3 wins and 3 draws. For this new season, Brighton again hopes to distance itself from the relegation zone.

During the last campaign, Chelsea had to work hard to confirm its place in the Champions League and achieved it with 4 points ahead of Leicester. The Blues have correctly managed to avoid the recruitment ban imposed on them. Qualified for the Champions League, they can now look to the future with great optimism given their great ability to invest in the transfer market. A very ambitious plan for the 2nd season of Frank Lampard on the bench, Chelsea hope to play the leading role, both at a local and European level.

Brighton's coach has to deal with the departures of substitute defender Shane Duffy (Celtic) and the especially important midfielder Aaron Mooy (Shanghai SIPG). The club had been active and smart on the transfer market to compensate for these absences. Brighton managed to ensure at a lower cost the Dutch defender, the often injured in Ajax - Joel Veltman (28), and the experienced attacking midfielder of Liverpool, who was also a victim of often injuries, Adam Lallana (32). On a paper, those elements must bring real value to the Seagulls, but they will have to keep away from physical problems for that. The club’s top scorer last campaign with 10 goals, the Frenchman Neal Maupay is still part of the team. This is also the case for the other vital players Mathew Ryan, Lewis Dunk, Dale Stephens and Davy Pröpper.

Chelsea eagerly awaited the lift of the recruitment ban, which took effect on 31st January 2020. This period forced the club to use its young players like defenders - Reece James (19) and Fikayo Tomori (21), midfielder Mason Mount (20, 7 goals and 5 assists in the Premier League) and striker Tammy Abraham (21, 15 goals). The club still decided to invest a lot enough in order to strengthen. Thus, the German internationals Timo Werner (Leipzig) and Kai Havertz (Leverkusen) arrived, as well as the defender Ben Chilwell (Leicester), the winger Hakim Ziyech (Ajax), and the defender Thiago Silva (PSG). The workforce is already looking great before starting this new campaign. We should take note, however, the departure of experienced Brazilian winger Willian (Arsenal). Dissatisfied with the performance of the Basque goalkeeper Kepa, the Blues focus on Rennes goalkeeper Édouard Mendy as the first choice for this season.

A game that should be taken by the Blues easily having in mind the list of players available to the London team, but a debut is always a debut, and the legs could still be “heavy”. According to the top 15 bookmakers, Chelsea's win is priced at odds around 1.67.

Betting Tip By Betting.com: First-Half over 1.5 goals at odds around at 2.50

GLORIOUS GOODWOOD: BET £15 GET £10 FREE BET FOR EVERY RACING DAY!

Opt-in . Applies to in-play markets of the Australian Open only. Min stake £10 win single with Min. odds 4/5 (1.80). Free bet will be credited once all 5 qualifying bets are settled. Max (1) free bet per day. No cashout. T&C Apply. 18+. begambleaware.org