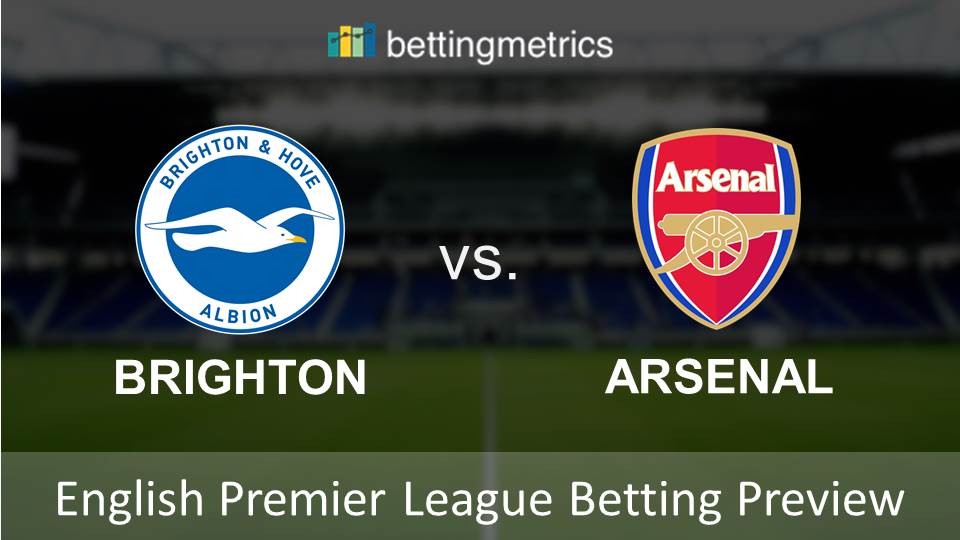 Both sides are having slightly sticky patches so far in December, and both Brighton and Arsenal will be keen to recapture some form ahead of the New Year.

Brighton have lost their last three Premier League games, but can give anyone a good run for their money at the AMEX Stadium. Chris Hughton’s side have only been beaten four times at home in the whole of 2018, and two of those defeats came against Chelsea. A dabble on Brighton or Draw in the double chance market looks like a very promising bet at 6/5 with William Hill.

Arsenal’s 22-game unbeaten run came to end against Southampton ten days ago, and that was duly followed up by a League Cup defeat at the hands of local rivals Tottenham a few days later. Last Saturday saw them return to winning ways against Burnley, but it wasn’t a particularly comfortable 3-1 victory for Unai Emery’s side.

The Gunners have also been struggling to fire in the first half of games in the Premier League. Their 1-0 half-time advantage over Burnley last weekend was the first time this season that Arsenal were leading at the interval. That’s a concerning trend, but is one that we can use to our moneymaking advantage. A draw at half-time pays 5/4 with Paddy Power, and Brighton to score first looks even more tempting at 9/5 with Coral.

Despite Brighton’s recent struggles in front of goal, it’s hard to see this one letting us down on the Both Teams to Score front. Arsenal have just one clean sheet in their last eleven Premier League games, and with them struggling for fit defenders, surely it’s time for Brighton to break a run of just one goal in their last three league games. Both teams scoring looks like a banker at 8/11 with William Hill.

Do not adjust your sets – I think Brighton will sneak a win here. Southampton showed a week or so ago that you can get at this Arsenal side when you’re at home, and despite a long unbeaten run earlier in the season, the Gunners always looked vulnerable. Brighton won this corresponding fixture 2-1 back in March, and I wouldn’t be surprised to see lightening strike twice on the south coast. A surprise Brighton home win that sees both teams score looks like a great bet to me at 15/2 with Betfair.