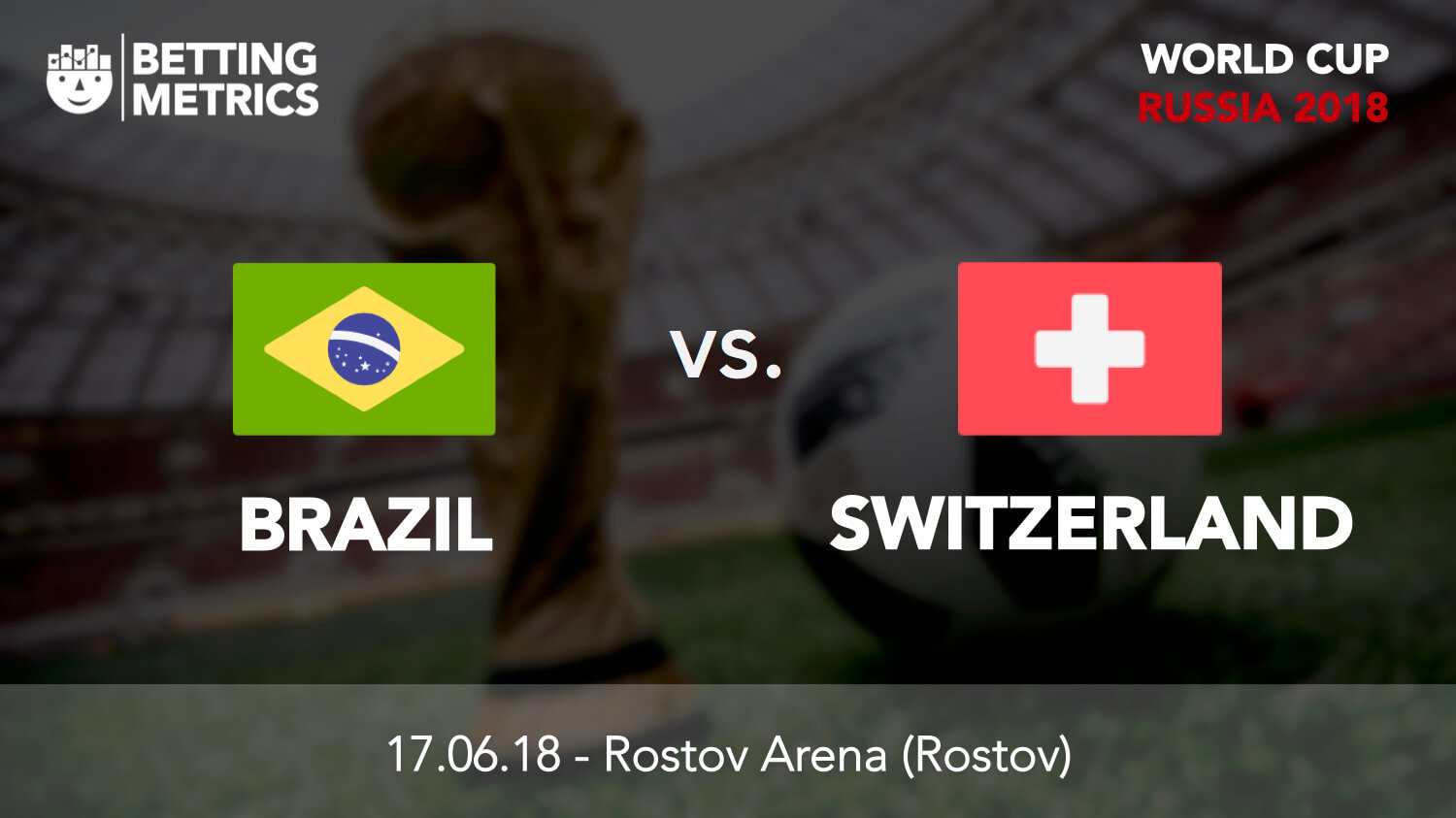 Brazil make their World Cup 2018 bow on Sunday evening when they face a Switzerland side that somehow find themselves in sixth place in the FIFA World Rankings.

The Brazilians are a completely different proposition to the side that were humiliated by Germany in the semi-finals of their own World Cup in Belo Horizonte four years ago. This side has not only a forward line of creativity and pace but also boasts a defence and midfield base that can be relied upon.

A spine of Miranda & Thiago Silva at the heart of defence, as well as Manchester City’s Fernandinho and Casemiro of Real Madrid in the midfield two means that this Brazil team will be tough to break down. Combine this with the lack of a top drawer striker for the Swiss and a clean sheet bet on Brazil in this one looks a steady bet at 5/6 with Betfred.

In the case of Switzerland, they probably have bigger fish to fry. I fancy them to qualify for the knockout stages at evens with William Hill, but with games against Serbia and Costa Rica to follow this one, it’s safe to say there are easier points elsewhere. If you’re looking for a big price single to keep you occupied in this one, then you may be tempted by an anytime goalscorer bet on AC Milan and Switzerland full-back Ricardo Rodgriguesz. Ric-Rod, as I like to call him, is chief penalty and free kick taker, so if the Swiss manage to squeeze themselves an unlikely goal, the chances are it’s coming from this guy.

Brazil talisman Neymar should be fit for this, but I don’t quite fancy him to be firing on all cylinders by the time we kick off in Rostov. The PSG man is still gradually working his way back to full match sharpness, so goal bets for the Brazilians should probably be placed elsewhere. Everything good is likely to flow through Barcelona playmaker Philippe Coutinho, and five goals in the final three La Liga games means he has the goal scoring touch going into the World Cup. Coutinho is 9/5 with Ladbrokes to score anytime.

You have to go all the way back to 1978 for the last time Brazil failed to win their opening game, but at odds of 4/11 it isn’t great value. If you want to risk it, back them with a -1 deficit at even-money with William Hill.

Time is money, right? So find out how Betting.com can help you save time and make money.