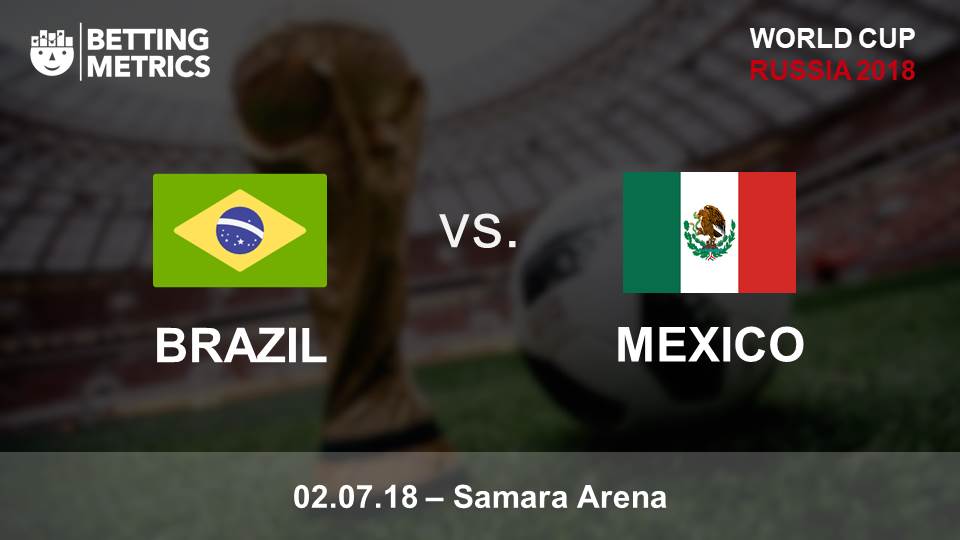 The Brazilians finally found a bit of rhythm in their 2-0 victory over Serbia in their final World Cup group game on Wednesday, and they will be confident of getting past a Mexico side that were humbled by Sweden last time out.

Mexico have completed the great feat of making it through to their sixth consecutive appearance in the Second Round of the World Cup, but they have failed to make it past that point in any of those tournaments, and it will be no easier this time around against the tournament favourites.

Brazil are 1/2 with Coral to win it in 90 minutes, and have shown enough defensive stability to tell me that they are worth the punt on the clean sheet bet alongside that in a 5/4 double with the same bookie. Miranda and Thiago Silva are as solid as they come in the heart of defence, so Mexico have a mountain to climb.

Neymar is still working his way to full fitness, but still represents very poor value for an anytime goal at 10/11 (William Hill) to score anytime. Mexico aren’t the strongest side in the air, and Thiago Silva was on the score sheet against Serbia with a towering header from a corner. Lightening could well strike twice here, so have a go on the PSG defender to do the business with a goal in this one at 14/1.

Mexico looked tired in their final game against the Swedes in Group F, and the quick turnaround could prove to be their downfall. If you fancy the Brazilians to stamp their authority on the game early on they are a whopping 3/4 with Ladbrokes to score at least once in the first half.

I’m going to plump for a same-game multi with Paddy Power on this one to boost my odds on what should be a comfortable win for the five-time winners. The Brazil win, over 2.5 goals, and the South Americans to win the corner count on the -2 handicap pays out at over 4/1 and looks like great value, providing they turn on the style against tiring opponents.