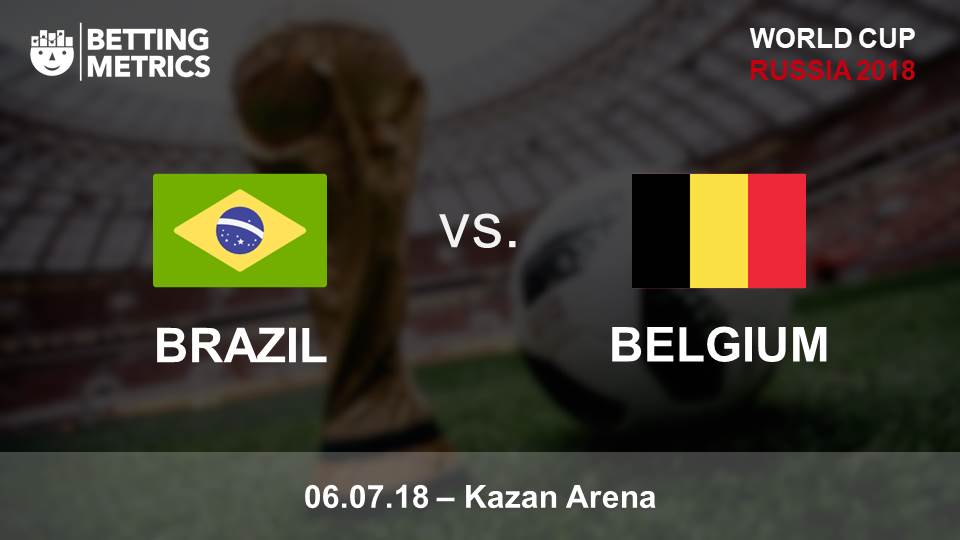 Belgium made hard work of it, but their 3-2 victory over Japan was should mean their focus is where it should be for a quarter final with Brazil that will go a long way to deciding the fate of their Golden Generation.

For the Brazilians, they made light work of Mexico, keeping them at arm’s length for the duration of their 2-0 victory. Belgium will provide a tough test, but Brazil has a side full of Champions’ League and domestic title winners, while Belgium’s lack of elite-game experience might well be their undoing.

Brazil look great value at 11/10 with William Hill for the win, and I fancy them to have too much know-how and quality against a Belgium side that showed in their defeat to Belgium in Euro 2016 that they are susceptible to choking in the big games.

Manchester United striker Romelu Lukaku may be leading the chasing pack behind Harry Kane for the Golden Boot, but he has the reputation of being something of a flat track bully who thrives against weak opposition, but struggles against the best defences. If Lukaku doesn’t breach the Brazilian backline, then the Belgians will probably draw a blank as a whole. The Brazil clean sheet has a big chance of boosting your bank balance at a huge 9/5 with Coral.

Neymar finally broke his 2018 World Cup duck with a goal in the Mexico win, and he will be licking his lips at the prospect of facing a Belgian defence that are great at carrying the ball, but may struggle against pace and fluid movement. On the other flank will be Willian, who will be in direct opposition to Yannick Carrasco, who usually plies his trade as a wide forward, so the Chelsea wide man should have a field day. Get on Willian to score anytime in this one is a big 11/2 with Paddy Power.

Quarter finals is when games start to become even more tense, and the goals tend to dry up. Take the 2014 World Cup for example, there were just five goals in the four quarter finals, and I’m not expecting this year’s edition to provide many more. Something I do expect is a Brazilian win, though, so bung it in a double with under 2.5 goals at 18/5 with Coral.

History can teach us a lot of things, and if you’re serious about sports betting, it can give you some valuable lessons…