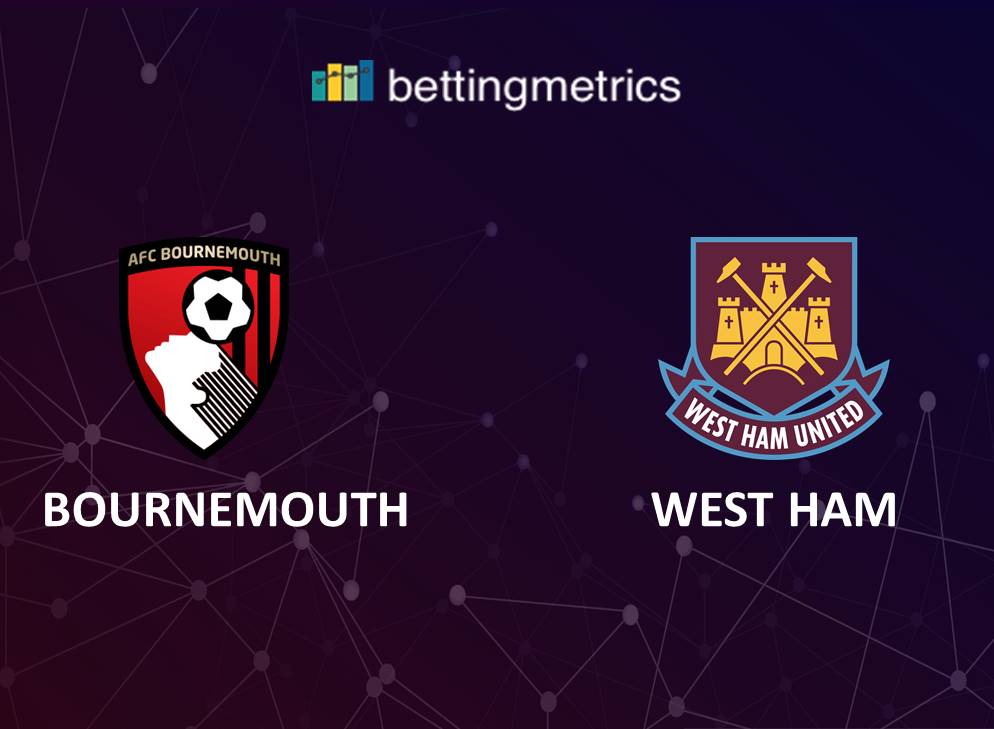 These sides are usually a good bet for an entertaining game, and with them meeting this weekend I’m expecting an open encounter.

We’ve seen a very tidy 28 goals in the seven Premier League meetings between these two since Bournemouth made it to the top flight back in 2015. For those without a calculator to hand, that’s exactly four goals per game, so 5/4 with Betfair for it to come again via over 3.5 match goals looks like a decent bet.

Bournemouth’s form has taken something of a nosedive in recent weeks and months following a great start to the year. The Cherries have won just twice since October, and have conceded 17 goals in their last five winless games. If you think that form is set to continue against an erratic Hammers side then get on the West Ham away win at an appealing 2/1 with Paddy Power.

The away win looks like even more appetizing when you consider their away form going into this one. Before losing at Burnley last time on the road, Manuel Pellegrini’s side had won three straight away games as part of a five-game unbeaten spell on the road.

Felipe Anderson continues to look like a real find for the Hammers, and was a thorn in the side of Arsenal as they fell to defeat against West Ham at the London Stadium last week. Against a generous Bournemouth backline he should get opportunities to find the net, and at 17/10 with William Hill to score anytime, the Brazilian looks like great value.

But Bournemouth don’t tend to be kept out on home soil. Only table-topping Liverpool have kept a clean sheet on the south coast in Bournemouth’s last eight home games, so both teams scoring should surely be coming in here at 1/2 with Betfair.

But I fancy this to be West Ham’s day. They will be on a high after beating Arsenal in the London derby last week, and their recent away form suggests that a victory at the Cherries is by no means beyond them. It will be a decent game, and the Hammers to come on top courtesy of a win and both teams scoring at a lovely 18/5 with Ladbrokes.