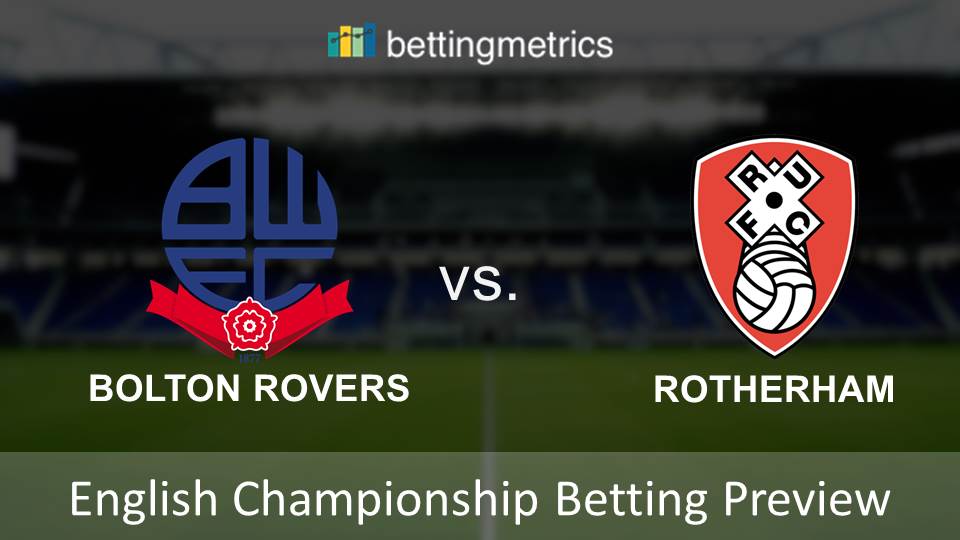 It’s a huge game at the bottom of the table, and with both sides struggling for form, we should be in for a tight contest.

The game at the University of Bolton Stadium (lovely name, by the way…) pits two of the Championship’s three lowest scorers against each other, and I wouldn’t be surprised to see this one follow form. Under 1.5 goals pays 2/1 with William Hill – but that would mean at least one team keeping a clean sheet. Which one can you trust to keep the back door shut?

My money would probably be on the Bolton shutout, if a gun was held to my head. The Wanderers have conceded 31 goals in 23 games, which is as many as 3rd-placed West Bromwich Albion, so it isn’t the worst record in the world, and only once in their last seven games have they conceded more than one goal. There is an argument that Phil Parkinson’s side have been unlucky in recent weeks…

Rotherham, on the other hand, have been shipping goals like they’re going out of fashion. Paul Warne’s Millers have shipped 14 goals in their last six games, and have only kept one away clean sheet all season in the Championship.

It’s hard to pick out a goal scorer for this one, but a player who can light up a game at this level is Bolton winger Sammy Ameobi. The younger brother of former Newcaslte striker Shola Ameobi has disappointed those who expected a big season in front of goal, with just two strikes to far, but Rotherham’s creaky defence should give him a chance to put that right. An Ameobi anytime strike is 17/5 with William Hill.

This won’t be a game for the footballing purists of this world, but is the sort of scrap that we’ve come to expect during the nitty gritty Christmas period in the Championship. Both are fighting for their lives, and despite Bolton’s struggles they can climb out the relegation zone and to within one point of this weekend’s opponents with a win. Don’t expect a classic, but a Bolton win and under 2.5 goals at 18/5 means that you won’t care in the slightest.