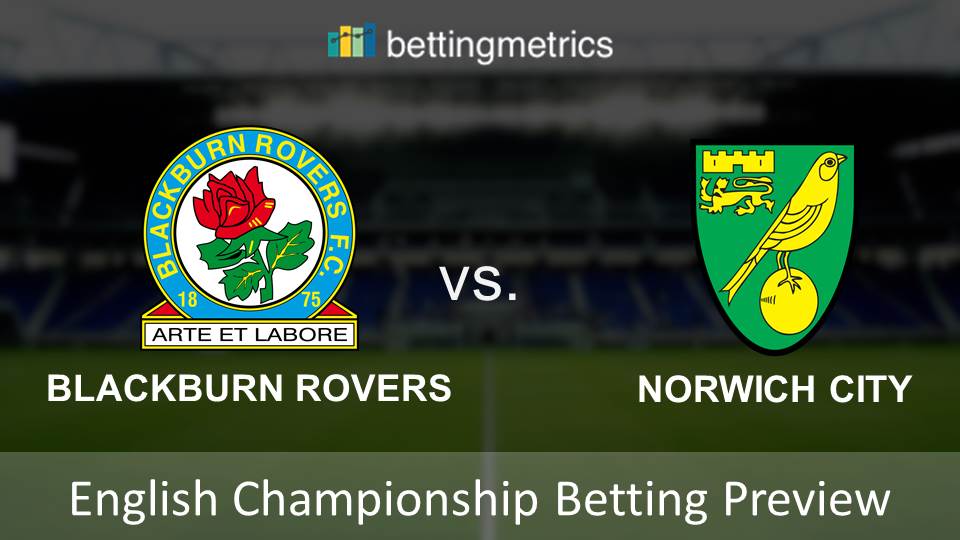 Both sides come into this one on the back of draws that saw them surrender leads, so both Blackburn and Norwich will be keen to put things right at Ewood Park on Saturday.

Blackburn were 2-0 up and cruising towards victory in their home game with Birmingham last weekend, but two quick-fire Blues goals meant they had to settle for a point, and with Norwich being one of the division’s best travellers, Tony Mowbray’s side have their work cut out.

Norwich have lost just once away from home all season, and that was all the way back in August against Sheffield United, so a flutter on them to emerge victorious in this one may well look like tempting acca fodder at 13/10 with Paddy Power, but Blackburn’s imperious home record makes that bet a tough one to get behind.

With that in mind, a bet on the draw looks like a more logical one at 2/1 with William Hill. Both sides have impressive records to protect, and it would probably be a result that each of them would take ahead of a grueling festive schedule.

Blackburn striker Danny Graham is the man in form heading into this one. The 33-year-old has four goals in his last three games, and should fancy his chances against a Norwich defence that has kept just one clean sheet in its last six games. Graham is 15/8 with Betfair to find the net anytime on Saturday.

That said, Blackburn are by no means experts in the clean sheet department themselves. Despite a reputation as a tough defender in his playing days, Tony Mowbray has overseen a run of just one clean sheet in his side’s last ten matches. With form like that, it’s no surprise that I fancy both teams to score at 8/11 with William Hill, and over 3.5 goals at 23/10 with Paddy Power.

This one should be a decent game, but with Norwich drawing their last couple of games and potentially losing a bit of momentum, I think Blackburn have enough about them on home turf to get something out of this. A score draw here is a lovely 13/4 with Ladbrokes.