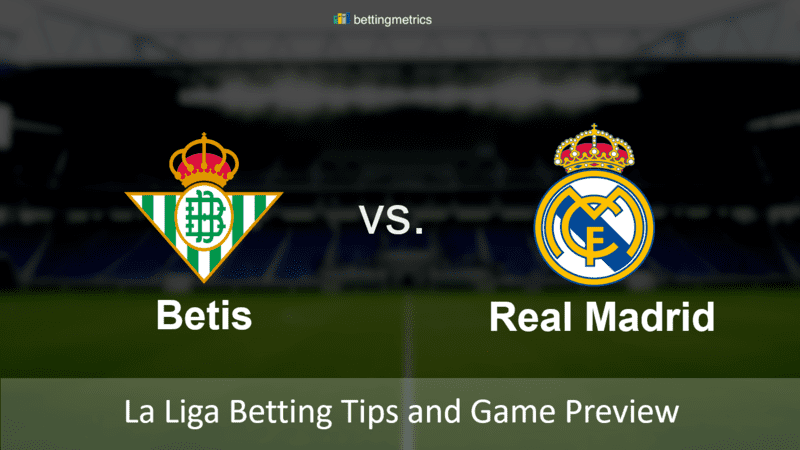 After the draw at San Sebastian against Sociedad, Zidane's Real Madrid are still chasing their first win. Betis vs Real Madrid will be played at Benito Villamarin in Seville, on Saturday, 26th September. Blancos are favourites as reigning champions, and they are among the teams aiming for the title as always. Betis, on the other hand, solidly started the season with 2 wins out of 2 and 0 goals conceded with 3 scored. Firstly, they beat 1-0 Alaves far from home, then the 2-0 win against Valladolid in the previous round. Only a 0-0, however, for Madrid against Sociedad, and now everyone expects a win from the second away game in a row. In order to limit the waiting for the first win until the last weekend of September, Zidane will have to try something new and to be more dangerous forward.

Even last year, in fact, after Zidane's return on the bench, the Blancos proved to have excellent defensive stability, but also some problems forward. These still seem to be the conditions for this year too, but the Blancos could change everything by winning the full package of points in the upcoming game against Betis. Which will be the team that will show the greatest desire to win?

The odds proposed by the bookies for the victory of Madrid are certainly higher than what could we've expected around 1.80. This is due to the excellent start of Betis, which have won two out of two games without conceding goals. Indeed, the opponents of the Andalusians weren't from a higher-rank, but despite that fact, Betis proved that the club has solidity and greater team completeness than last year. Green-and-whites demonstrated in the first 2 rounds that they don't want to settle for salvation this year and will try to leap to the opposite side of the standings. Real, for their part, should immediately start with the wins in order not to lose precious points at the very beginning.

The goal in front of them is to consolidate over the top in Spain and then to give a push into the Champions League. Zidane is always an ambitious coach, and even if he still has an uncompleted squad and a poor market, he will try to win this match and put the best possible lineup, which can hurt the Andalusians. Furthermore, despite the defensive strength of the two teams, we are not expecting a blocked game because Madrid's desire to win could leave some space for Betis, which has shown that they have a different approach for this season.

After trying to pay attention to every single detail before this game, we chose the Away to Win&BTTS as our main tip for this game.

Betting Tip by Betting.com: Away to Win&BTTS at odds around at 3.50

Also, our team wants to provide you with one more prediction, which is highly possible to occur in this game - First-Half over 1.5 goals at odds around at 2.60

Next game for Betis will be on 30th September away against Getafe while Real Madrid will face Valladolid at home.