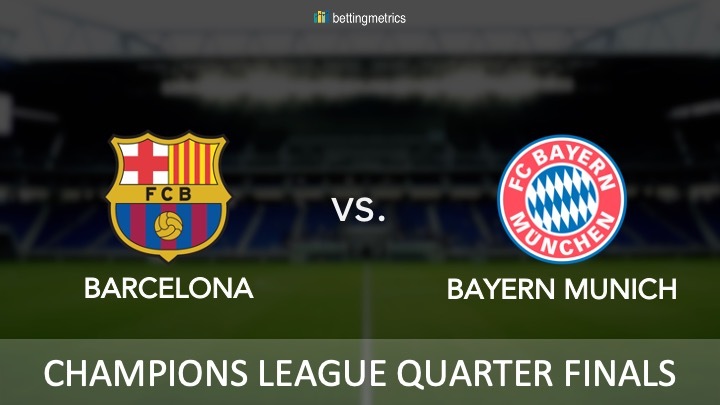 This game undoubtedly can be called an early final. In fact, on Friday the 14th of August at the Estadio Da Luz stadium two of the main favourites for winning the Champions League face each other on their road to the Cup with “big ears”, a trophy which both teams had raised 5 times in their history.

On the one hand, we have Barcelona which wants to make up for the disappointing season and, above all, aim to dispel the Champions League taboo after the last eliminations. Blaugrana was remedied in the last two participations, first against Roma and then against Liverpool.

Then Bavarians are the second involved team, and we can define them as the team which deserves the most to win this year's tournament. Lewandowski and his teammates managed to succeed in all games after the restart of the Bundesliga - 12 victories in a row, including the 4-1 against Chelsea in the second leg of the Champions League played last Saturday.

The bookmakers consider Bayern as the clear favourites in their pre-game odds. There are many head to head games between these two teams in the previous editions of the Champions League. The most recent clash dates back to 2014/15 season when Barcelona won both games in the semi-finals with 5-3 aggregate score. They won by 3-0 at Camp Nou and lost the second game in Munich by 3-2. It was the only time that the Spanish team had an advantage in this confrontation.

For example, in the games for the semi-finals of 2013 the Germans won both the first and the second leg with an overall 7-0. In general, in the last 25 years, the two teams have faced each other in official matches 10 times. The balance is 6 wins for the Bavarians, 2 draws and 2 wins for the Catalans.

Betting Tip By Betting.com: Away to win and both teams to score at odds around at 3.40

According to the Spanish papers, Barcelona’s coach already has the strategy in his mind, which could help to eliminate Bayern Munich, he named it “Anti-Bayern Plan”. Everybody knows that it will be a tough game for both sides. Another important thing which should be mentioned that the teams can’t count on the home field advantage and of course on the crowd. One single game neutral field best performances from both sides this are the expectations. In the game Against Napoli, Lionel Messi showed an extreme motivation to lead his team to the title this season. All football fans know what La Pulga is capable of. Luis Suarez seems to also “wake up” at the right time, which is good news for the coach Settien and all Barça fans.

After the matches of the 1/8 finals, the Internet was flooded with thousands of comments related to the fact that Bayern is currently in much better form than Barcelona.

“Bayern Munich will destroy Barcelona”, “Lewandowski will show Messi who is the boss”, “Barca will be humiliated 7-0 vs Bayern again” etc.

Indeed, the Blaugranes were far from convincing this year, and their players still look slow and tired. Bayern Munich players can't take the game against Barcelona for granted and believe it will be an easy win. It is possible that all this favouring of Bayern will put a lot of pressure on the players and prevent them from playing at their full capacity.

This is where Flick has to show his primary role, namely to bring his team back to the ground and prepare them emotionally to come out motivated and fight for the victory from the first minute. The fact that the game will be decided in a single leg is crucial and Bayern players have to be completely aware of this and show their skills at full capacity.

One of those two teams will play semi-final on 19th August against the winner of Man. City vs Lyon. The other side meanwhile should start thinking for the next season.