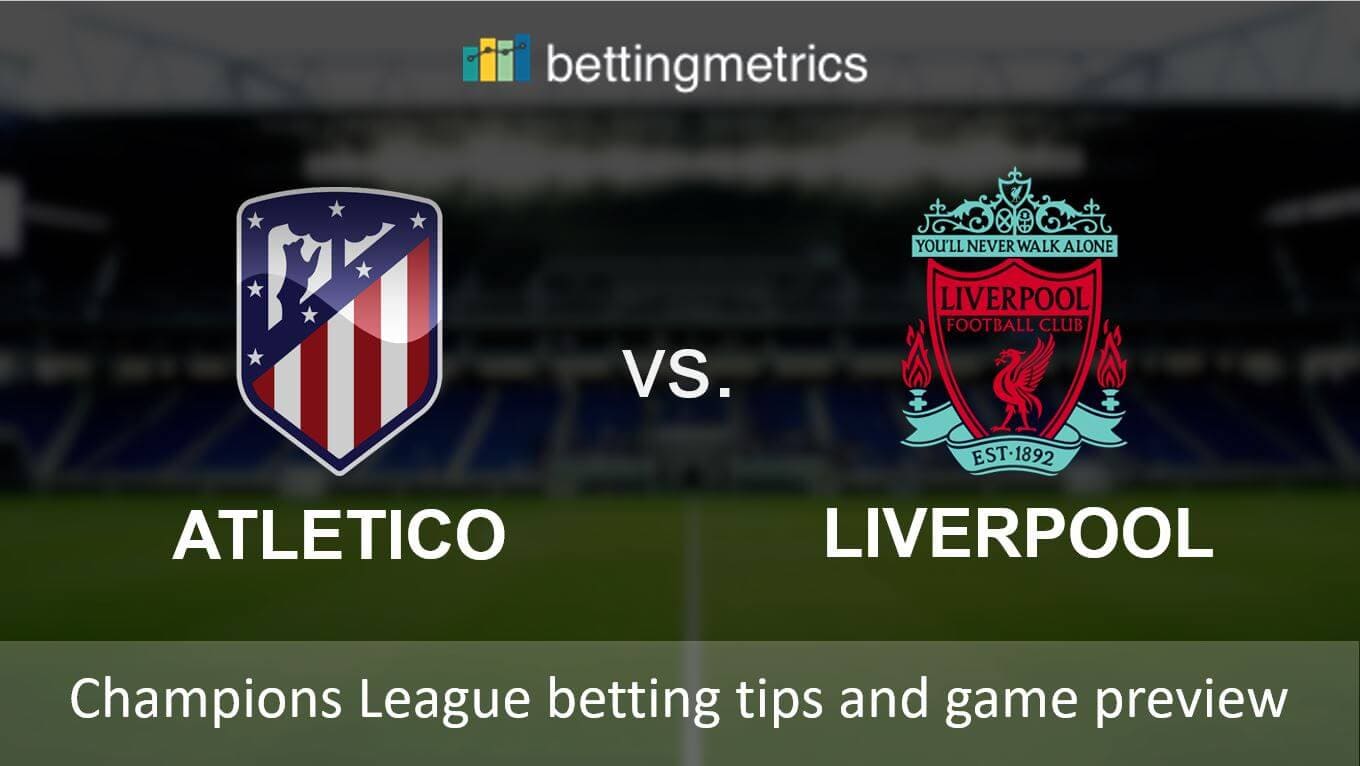 Champions League is back with the most interesting phase of it - the elimination games. After two months of pause, now all football and betting fans are looking forward to having a full enjoyment on the 1/8 finals. That's why we will create a special collection with game and betting preview for each match, thus boosting your chances for a win. We know that there are many unknowns about this year's 1/8 finals, as each team has huge ambitions and a very good reputation, but one thing is sure - the show will be great!

In our first preview, we will examine the game between Atletico Madrid and Liverpool. We are positive that both teams are ready to show their best abilities in order to go through the next round, and that's why the first match in Madrid promises to be spectacular. Atletico is known as an experienced tactic team lead by a prominent strategist - the coach Diego Simeone. At the same time, Liverpool is valued as the second most expensive team in the league (1.19 billion euro), and it is performing amazingly this season both in the Champions League and in Premier League. The bookmakers give an advantage to Liverpool, but Los Colchoneros shouldn't be undervalued as throughout the years the Spanish team has knocked out many favourites.

Where the match will be played? - Madrid - Wanda Metropolitano stadium

Diego Simeone has to solve a lot of problems with injured players in his squad before the match. Trippier, Morata, Costa, and the golden boy Felix are complaining of various issues, and their participation in the first game is still uncertain. In addition, the team is not experiencing its best time, as Leganes had eliminated it in Copa Del Rey, and it is 13 points behind LaLiga's leader Real Madrid. However, the home advantage should be used by Atletico, regardless of its problems in Spain. Having in mind that most likely D.Simeone has prepared many traps for Liverpool, Atletico has some good chances to win. That's why we are advising you to check the market Atletico to win - the odds are excellent.

The Merseyside Reds are defending their trophy this year, and with their exceptional form, you have enough reasons to place a punt that Liverpool will win the game. Only one draw, no losses, and 24 wons out of 25 games in the Premier League, and 25 points ahead of Manchester City, these stats sound scary for every opponent. Besides, possessing top-class players such as Mo Salah, Mane, Firmino, and Van Dijk creates the feeling that Liverpool is again the main favourite to be a Champions League winner. The coach Jurgen Klopp also can be considered as a significant part of the team, as he has great energy is able to motivate the big stars to play on the top of their capabilities each match. The top bookmakers such as 888sport and bet-at-home offer odds around 2.20 for the market Liverpool to win the game, so make sure that you check them before placing any bets.

The teams have played six games against each other. Atletico won two of the games, while Liverpool won only one. Three matches finished as a draw. The interesting fact is that five (83.33%) out of six games ended with over 1.5 goals.

We have been waiting for two months for the clash between Atletico and Liverpool. During that time, we followed the performance of both teams, and we are ready with our betting tip for the game. We are suggesting you take a look at the market "Half-Time draw" because both squads will come out cautiously in the first half of the game. In addition, we have noticed that more than 40% of the teams' games are finished as a half-time draw. If you want to use our forecast for your betting, just visit our Odds Comparison, where you can find odds around 2.00 for the market Half-Time draw.

Betting Tip - Half-time Draw at odds around 2.00 (which are available at the majority of the bookmakers).

Other Tips and Betting odds

Our tipsters are already posting their tips for the game between Atletico Madrid and Liverpool. If you want to use some of the free and paid tips, just check our Market Place, where you can choose from a big number of suggestions. Then, if you decide to place a bet, don't miss our Odds Comparison, where you have the ability not only to place bets, but also to compare bookmakers' odds, and use dozens of betting markets. On our bookmakers special offers page you can find dozens of bonuses for the game, which can boost your betting bank.

This is the first game between Atletico Madrid and Liverpool, and once it finishes, we will update you with an exclusive game preview and betting tips for the second match.