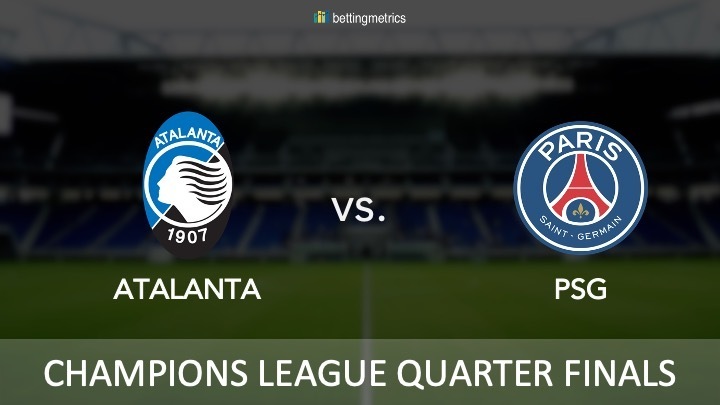 The Goddess is about to have its lifetime game against PSG which is a historical moment in their club story as that has never happened before. They ended the season with a brilliant 3rd place in Serie A, although a bit of a bitter taste left in the mouth after the final 0-2 defeat against Inter.

This loss cost an even more prestigious 2nd place, Atalanta needed to beat Lukaku and his teammates for the Silver Medals, but the Bergamaschi failed. This defeat is not from a significant importance because Atalanta managed to win 9 out of 13 games after Serie A stop, and they lost only once.

From a PSG perspective this is an important and tough psychological match after the choice of the French federation decided to cancel all domestic competitions, instead to finish it's championship as other football federations did. Undoubtedly this complicates the path of Icardi and his companions.

In the first two official games which PSG played, they made a monstrous effort in the game construction phase, and they managed to win only by 1-0 against Saint Etienne in the League Cup Final. Penalties were needed with Lyon in the French Cup because both teams didn't manage to score in the 120 minutes played.

Starting from all these considerations, we want to focus our attention on the Over 2.5 market as a main tip of the Atalanta versus PSG. This year because of the Covid Lockdown UEFA decided to transfer the last games from the Champions League in Portugal. Another important decision taken by UEFA was the one that from the ¼ finals it will be played only one game between the teams.

To support our forecast here are some data driven facts:

We all awaited this clash after the draw that took place a few weeks ago, when we agreed that the Goddess could really accomplish the feat. Immediately after the draw, the search for the odds for the Nerazzurri to win the trophy skyrocketed. In the meantime, the Bergamaschi side finished the Serie A season at the 3rd place, a team record, and now they are candidates to become the great surprise of this season.

It is true that the international experience is all on the side of Parisians, but there are other factors that can reshuffle the cards. The state of the form given that the Gasp boys have recharged the batteries with exactly 10 days without games, now they are returning fresh and motivated. They are proceeding with the pace of the race, given from the many official matches played by Atalanta compared with the only two by the French.

Concluding with the serenity of the zero pressure on Atalanta: their European year is already a success, on the other hand, PSG needs to confirm the pre-game predictions which put them as the big favourite.

The only really out of tune note for the Lombards will be the absence of Ilicic who will still be missing for a long time due to serious personal problems that are not publicly espoused. Will Gomez and his associates be able to pass the entire road to the final stage and dedicate the upcoming games potential wins to the missing Slovenian player?

Once again the champion of France after the stop of the French League 1 PSG adn we are not really surprised. They achieved their third consecutive title, the seventh in the last eight years. Now Paris Saint-Germain dreams of finally winning the Champions League. In this competition, the French club finished first in its group, ahead of Real Madrid, Club Bruges and Galatasaray.

They played against Dortmund in the Round of 16, PSG seemed scared in the first leg played at the Signal Iduna Park Stadium complete (2-1 defeat), before making a very solid return match at Parc des Princes in a game without public (2-0).

PSG were very convincing during their preparation matches. The Parisians easily crushed Le Havre (9-0), Beveren (7-0) and Celtic (4-0). They didn't play that well against Saint-Etienne, but they still managed to achieve the double by winning the Coupe de France (1-0) and after then the treble against Lyon in the final of the Coupe de la Ligue. But the Ile-de-France residents had to go through a penalty shoot-out to win this last trophy (0-0, 5-4 AP).

Squad wise, there is some really bad news for PSG which saw Mbappé out of the field on a stretcher after the contact with Perrin during the final of the Coupe de France. The PSG striker, however, seems to recover quickly and could return in time for this match after missing the Coupe de la Ligue final.

Last injured to date, Verratti is uncertain in the midfield. In addition, the very good Argentinian Di Maria is suspended for this meeting. Note that the main players as Thomas Meunier and Edison Cavani, as well as the young Kouassi, left on June 30 but that Thiago Silva decided to stay until the end of the European campaign. Absent during the last meetings, defenders Bernat and Diallo should be back. PSG advantage on paper but it's not enough to convince the football fans, that it will be easy against Atalanta.

For one of both teams, next game will be the semi-final of the Champions League, for the other some friendlies before the start of the new season. The new season in France starts on 21 August while Serie A will resume on 18 September.