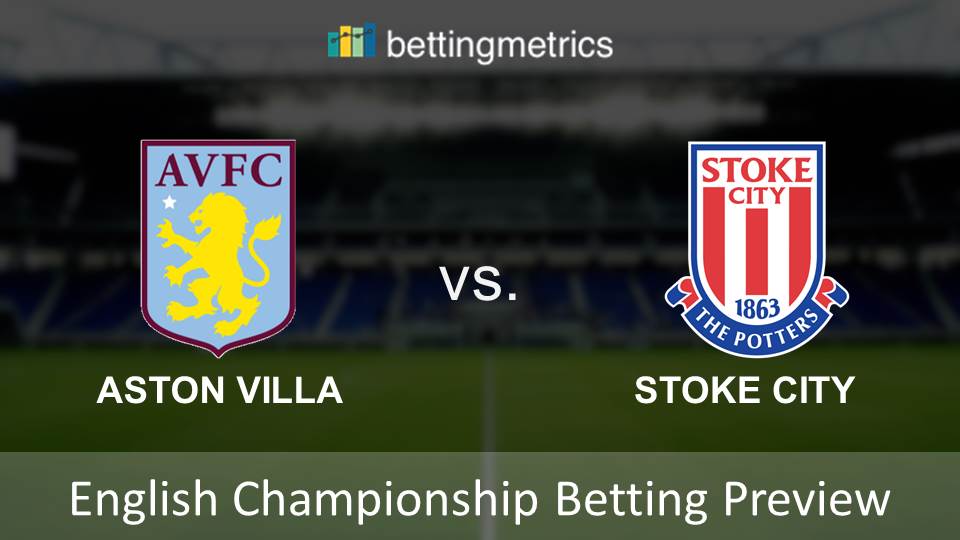 Aston Villa will be ruing their luck after twice surrendering a lead to draw 2-2 at West Bromwich Albion last time out, but with an inconsistent Stoke City visiting Villa Park on Saturday they’ll be confident of getting back to winning ways.

Stoke’s struggles to put together a run of form is summed up by just one occurrence of the Potters securing back-to-back wins in the Championship this season. That was all the way back in October, and while Gary Rowett’s side have only lost once since that pair of victories, they are still drawing too many games to be considered genuine play-off contenders.

Aston Villa meanwhile know all about drawing themselves, after tying two of their last three games, but they have been scoring plenty of goals in recent weeks, including routs against some of the highest spending sides in the division. They face another big-spending club this weekend in Stoke…

And it’s for that reason that I fancy Villa to bag at least a couple here, and are generously priced at around even-money with William Hill (17/20 to be precise) to hit over 1.5 of them this weekend. The Midlanders average 2.4 goals per game on home soil, so this is well within their reach.

You can also say the same for Gary Rowett’s Stoke, who have hit two goals in each of their last four Championship games – none of which have resulted in defeat. If you fancy them to make it five two-goal returns in a row, then you will be generously rewarded with odds of 3/1 with William Hill.

All the signs point towards a few goals in this one, so lets get this one ticked off on our both teams to score acca. This game represents a solid leg on that one at odds of 4/7 with Paddy Power. If you want to push the boat out a little further in the search of value then go for aflutter on over 3.5 match goals at 2.85 with Unibet.

Picking a winner in this one is tough, but Villa don’t lose very often on home soil. They have only been defeated three times in the Championship in the whole of 2018 in their own backyard, and haven’t been beaten at all at Villa Park since Dean Smith arrived at the club in October. They’ve hitting plenty of goals too, so I fancy them to just get the better of a Stoke side that haven’t quite hit their stride. A Villa win that sees both sides scoring looks good to me at 13/5 with Coral.